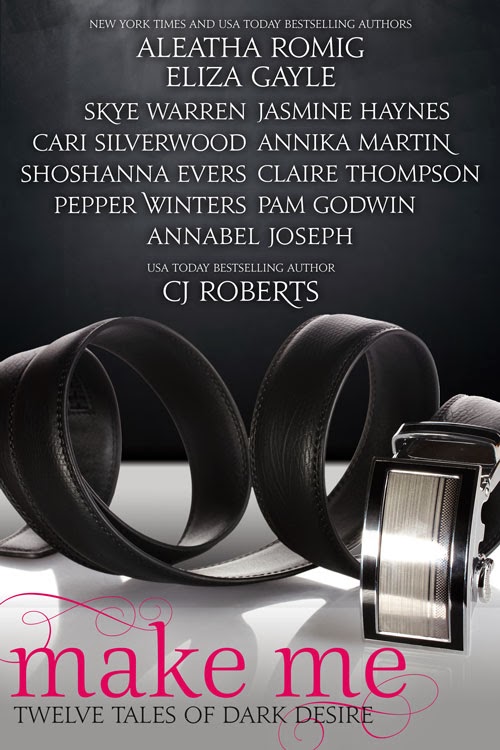 Take a trip to the dark side with 12 books by some of the hottest names in edgy romance, including USA Today Bestselling authors CJ Roberts, Eliza Gayle, and Aleatha Romig!

These e-books would cost over $40 if purchased separately. This set will only be available for a limited time, so order your copy now! 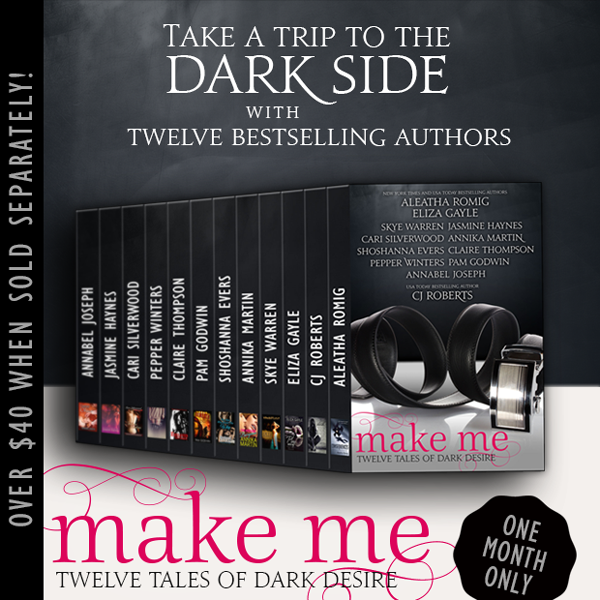 An Excerpt from CJ Roberts’ Captive in the Dark in MAKE ME:

Thank you for considering MAKE ME: Twelve tales of dark desire. We hope you enjoy your trip! Please check out the contributing authors to find out more about their books and upcoming events.
Aleatha Romig - Consequences
Website | Facebook | Twitter