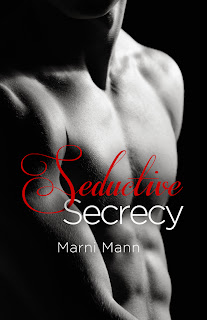 
“We were two broken souls who had found each other in a world of shadows. We were held together by a connection of secrets, dark and fearful and reluctant to leave. Their depth was seductive and overwhelming, an endless ocean of black that threatened to cover the brilliance we kept reaching for with each other.”

With her art career flourishing and the mansion predators no longer a threat, Charlie is creating a new life. Her desires have changed, and she has a chance at a healthy, loving relationship with Cameron—if they can bury the memories and doubts that plague them.

Can they overcome the destruction of their clouded pasts, or will the revelation of more painful, shocking secrets pull them back into the shadows?

**This book is for mature audiences. It contains explicit language and sexual content.** 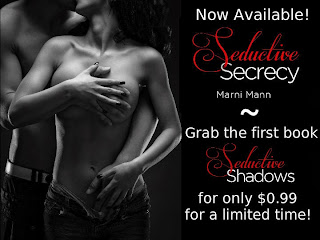 A gust of cold air burst through my body, tightening every muscle and clenching my lungs. The feeling was always the same, and it only came when I thought of that place…when the memories were thicker than the lessons I had learned by leaving there.

I set both brushes in a jar of water and walked across the hall to the apartment. Then I moved through the kitchen, my hands yanking at my sweater, lifting it over my head and releasing it once I got to the entryway of the bedroom. I peeled off my black skinny jeans until I reached my knee-high boots and dropped both along with my pants in front of the bathroom sinks. My panties and bra fell before I stepped into the shower and turned on the water.

The wall of glass that separated the shower from the rest of the bathroom began to fog, and the marble under my feet turned warm. Windows spanned both sides, overlooking different sections of the Back Bay; below the ledges were niches that held our bottles of shampoo and body wash, and benches for us to sit on. The back wall was a mosaic, an abstract. Water shot out from every direction, spraying from all sides as well as the ceiling. There were even streams below that covered my feet.

My skin was sweating now. Drops of scalding water ran off my body. The places that were being hit directly by the jets had turned a bright red. But it couldn’t stop the chill that continued to spread beneath my flesh.

Six months had passed since I’d left the mansion. I didn’t think about it as much as I used to, but when something instigated those thoughts—something like the mirrored floor in the painting—I had a hard time calming them down again. I still wasn’t sure how I was supposed to process what I had done there, what I had allowed to happen and how much I had once enjoyed it. Part of me didn’t want to take it back; part of me could barely keep down the bile that threatened to rise when I remembered. But that time in my life had gotten me here. And I was here, unlike some of the girls I had shared that house with.

I moved closer to one of the shower heads and pressed my hands against the cold marble that tiled the wall, leaning into the stream of water. It massaged the top of my head.

The drops that filled my ears blocked any noise that was around me. I could taste the product that drizzled from my hair—the spray I had used to hold my curls and the oil that gave it shine. My eyes closed and I inhaled the steam, trying to find a place of relaxation.

A place where the images and the screams would quiet to a dull moan.

And just as I found it, just as my palms no longer kneaded against the stone and my back didn’t pump and arch to find that place of complete comfort, just as I had finally gotten used to the temperature of the water, his arms wrapped around my chest. His hands cupped each of my breasts, his thumbs grazing my nipples.

“Why didn’t you wake me?” he whispered into my neck. His lips followed his words to my skin, his tongue circling the spot just to the side of my throat. It didn’t matter how often he had roamed my body, or how many times, it still felt so new, so unexpected.

“You need your sleep…” I told him. As soon as he touched me, I completely lost my voice. All I had were my desires, and they consumed me.

“I need you more,” he breathed.

Seductive Secrecy is a great followup to Seductive Shadows! It still has that dark and gritty feel to it, but some color starts to bleed into it. The book picks up a few months after the fall of the mansion, and you'd expect for Charlie and Cameron to be living happily ever after, "The Up and Coming Artists". But the past is a bitch to get over, they are both broken still, and Charlie's time at the mansion haunts her. Just when the couple think they have things settled, visitors from the past threaten to rip them apart.

I liked Seductive Shadows a bit more, because it was emotionally complex. It forced you to question yourself.. it ripped you apart.. poured a bit of salt in, but it had an implied HEA that I didn't much care for. But when I heard that Marni decided to write this book I was excited. Seductive Secrecy has more of a romantic aspect to it and a great heartbreaking angst in the middle. I love how, like the characters, their relationship is flawed and a tad insecure. I think Mann did a great job with this book, because the plot of the first book was so dark and a bit taboo to a plot that is primarily about relationships. But it remained interesting.

The ONLY thing I would criticize this book on is the smexy times, the first two scenes were steamy, but they became redundant after a while, I skimmed through them. And if I ever met a man that would like to keep his face buried between a set of legs like Cam, then I'd probably chain him to my bed. But jokes aside, oral scenes are boring to me and I could have done without so many of them.

If you liked Seductive Shadows, then you'll like this book. If you haven't read either, I'd recommend them both!

A New Englander at heart, Marni Mann, now a Floridian is inspired by the sandy beaches and hot pink sunsets of Sarasota. She taps a mainstream appeal and shakes worldwide taboos, taking her readers on a dark and breathtaking journey. When she’s not nose deep in her laptop, she’s scouring for chocolate, traveling, reading, or walking her four-legged children.