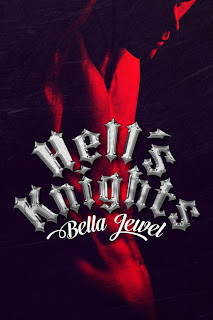 Sex. Who really knows sex? I mean, we've all had sex, great sex even but when you get down to the details, how many of us actually see sex for the raw, primal act that it is?

Until I met Cade.

My world is about to change, for the better? I don't know. But here's my story, I hope you're ready for it because it's not the beautiful, heart wrenching story most people have to tell. It's passionate, forbidden, morally incorrect and downright, fucking beautiful. 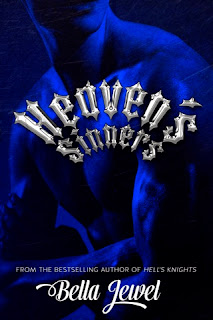 Spike knows tragedy, he knows that feelings are better left hidden. He refuses to put his heart out there again, it's a pain he's not willing to ever let himself feel. He's got a mission. He's got a goal. Nothing is going to get in his way. He will seek his revenge.

But then there's Ciara, the sister of his deceased wife. She's beautiful and damned determined to throw herself into his life in hopes they can reform an old friendship, but Spike won't hear of it, and Ciara refuses to give up.

Who will win the battle of wills?

Heaven's Sinners
“No, I guess I didn’t. I wanted to, but then Cheyenne came in and you took a liking to her, so I didn’t bother.”
“I went to her, and I fell in love with her, but she wasn’t what I wanted for myself, Tomcat. I wanted you, but you wouldn’t give me a God damned inch.”
“You didn’t think of telling me?” I snap, crossing my arms. “You didn’t think that maybe you should have said something before you just ran off with Cheyenne?”
“What was the fuckin’ point? You couldn’t fuckin’ see it. I tried, fuck knows I tried, and yet you didn’t see me. I was sick of tryin’. Cheyenne threw herself on me, and I thought what the fuckin’ heck?”
I feel my body begin to shake. “I didn’t see it, Spike. It wasn’t because I didn’t want to, it was because I was so scared I would ruin everything if you knew how I felt.”
“Fuck, Ciara, I was constant with you. I picked you up every mother fuckin’ day, I spent every mother fuckin’ weekend with you, I was there all the time.”
“I know that!” I cry. “God, Spike, I know you were ok? I didn’t see it. I was young and I didn’t fucking see it. Then she came along and I stopped believing there was a chance. It was not just on me, or you, it was on us both. We both walked away without telling each other there was so much more to it. I know what I gave up, I know I passed you over to her, and I regret it every day.”
“I don’t regret it, Tomcat. I loved Cheyenne, and I don’t regret marrying her…bu-”
I get to my feet, hurt. His words are something I already knew, but it’s the way he said them. He grips my arm before I can spin away, and yanks me back down. I land harshly, and slap his hand away but his grip is too strong, and I can’t get my hand out of his.
“One fucking moment,” I spit. “One fucking moment can’t go by without her being better. One fucking moment, I’d like to mean a tiny bit more than her. You can’t fucking see it, can you? You walk around with those stupid fucking rose colored glasses on, unable to see anything she did. I never doubted you loved her Spike, I knew you did. I saw it. I lived it. But for one fucking moment I wish it was me.”
I jerk my hand out of his grip, and spin, getting to my feet and turning to walk off.
“It was you,” he yells, stopping me in my tracks. “I don’t regret her, Ciara. Not for a fuckin’ second, I don’t regret lovin’ her, I don’t regret marryin’ her. Cheyenne changed my life, she changed a part of me, but you, Ciara, were the one who opened my heart. You were the first one to claim it, and you were the one who fuckin’ tore it out of my chest the day you ran off. You never gave me a mother fuckin’ chance to explain myself to you. I woke up after we slept together, and you were gone. Couldn’t fuckin find you. It was you who took my heart, and you who fuckin’ broke it. She picked the pieces up when I couldn’t find you, and so I stopped fighting. Cheyenne might have had me in the end, Tomcat, but my heart was always yours first.”

Bella Jewel is an Aussie girl through and through. She spent her life in Western Australia, growing up in many different areas of the state. She now currently lives in Perth with her husband, children and mass amounts of pets. She's crazy, fun, outgoing and friendly. Writing is her passion, she started at the young age of 18 but finally got the courage up to publish, and her first novel Hell's Knights will be released in August 2013. 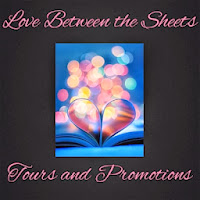