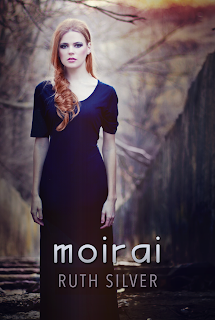 
Olivia has been on the run from the government of Cabal since the marriage ceremony. Finally settling in and finding herself a place to call home in Shadow, Olivia and Joshua prepare for the uprising that they and the rebel alliance have been planning for months.

With new abilities and special talents from Mindonsiphan, Olivia learns she can do more than most ordinary eighteen year olds. Learning both to hide and perfect her skills will be one of the biggest challenges she’ll be forced to face.

A constant rollercoaster of emotion and adventure await Olivia and Joshua as they embark on a journey to the rebel city of Torv, and what was once home, Genesis. 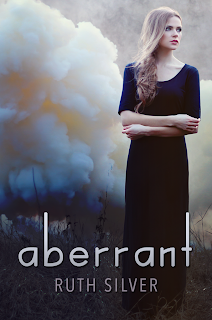 In the future dystopian society of Cabal, the government instills equality for all and offers its citizens the perfect system. There is food, shelter and jobs for everyone. The one requirement is to follow the rules without question, including the government's match in marriage and "The Day of the Chosen", a lottery that randomly selects families to conceive children as natural means hasn't existed in generations. Following her eighteenth birthday, Olivia Parker accepts her requirement to marry her childhood best friend, Joshua Warren, and is eager to start her work assignment and new life when it all comes abruptly to an end as she's arrested and thrown in prison. The only crime committed, her existence.

Olivia is unlike the rest of the world born not from "The Day of the Chosen." The truth haunts the government and puts her life in grave danger as one simple fact would destroy the perfect system. With Joshua's help, Olivia breaks free of prison and is forced on the run. Together they set out to find the promised rebel town in search of a new home and new life together. Their situation seems less than promising as they reach the town of Haven. New rules and customs must be adhered to in order to stay. Leaving would mean most certain death in the large expanse of the Gravelands. Time is running out as the government mounts an attack to destroy Olivia and bury her secret with her. Thrown into a world unlike their own, they must quickly adapt to survive.

I liked Moirai, but not as much as Aberrant. I love the Dystopian picture that Silver depicts, and the slight science-fiction aspect that the Mindonsiphan gives the characters. I love the paperback covers A LOT, and I think Silver is a great writer. The thing I guess, is that I wasn't on the edge of my seat until the later part of the book. I was hoping for more progress with the relationship between Josh and Olive, a few answers to the mystery questions; instead there's a few missions, a little of this and a little of that.The story really picks up for me when Olive along with others go to Torv. There Olive discovers some secrets are best kept.. but she also finds out a bit more about her powers that come from the Mindonsiphan. From there, Olive has to crash into the city that she used to live in. Here's my reaction to the last 35% of the book:

I will say that there's a bit of a cliffhanger at the end of the book, making me sit in angst until the next book comes out.. BUT for me, I thought the book had a good resolution, and eluded to some ish to come. As I said with Aberrant, I wish there were a bit more romance in this series. I think the subject matter (getting pregnant, or lack thereof) is a bit older than YA, yet it maintains a PG rating. Don't get me wrong, there's nothing wrong with that, I'd just like a bit more steam, personally.Anyway, it's a good read and good for a middle book. I will most definitely be reading the next installment, but until then will be waiting impatiently!

Ruth Silver attended Northern Illinois University and graduated with a Bachelor's in Communication in the spring of 2005. While in college, she spent much of her free time writing with friends she met online and penning her first novel, Deuces are Wild, which she self-published in 2004.

Silver enjoys reading, photography, traveling and most of all writing. She loves dystopian and fantasy young adult stories. She currently resides in Plainfield, Illinois.
You can visit her online at http://writeawaybliss.com

My favorite is Divergent!