Wait for You Review Wait for You by J. Lynn

Some things are worth waiting for…
Traveling thousands of miles from home to enter college is the only way nineteen-year-old Avery Morgansten can escape what happened at the Halloween party five years ago—an event that forever changed her life. All she needs to do is make it to her classes on time, make sure the bracelet on her left wrist stays in place, not draw any attention to herself, and maybe—please God—make a few friends, because surely that would be a nice change of pace. The one thing she didn’t need and never planned on was capturing the attention of the one guy who could shatter the precarious future she’s building for herself.
Some things are worth experiencing…
Cameron Hamilton is six feet and three inches of swoon-worthy hotness, complete with a pair of striking blue eyes and a remarkable ability to make her want things she believed were irrevocably stolen from her. She knows she needs to stay away from him, but Cam is freaking everywhere, with his charm, his witty banter, and that damn dimple that’s just so… so lickable. Getting involved with him is dangerous, but when ignoring the simmering tension that sparks whenever they are around each other becomes impossible, he brings out a side of her she never knew existed.
Some things should never be kept quiet…
But when Avery starts receiving threatening emails and phone calls forcing her to face a past she wants silenced, she has no other choice but to acknowledge that someone is refusing to allow her to let go of that night when everything changed. When the devastating truth comes out, will she resurface this time with one less scar? And can Cam be there to help her or will he be dragged down with her?
And some things are worth fighting for…

HOLY MOTHER OF SWOON.. aka JLA has done it again!! 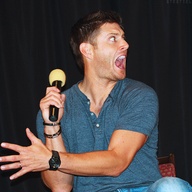 So I've gone back and fourth on the rating for this book 4 then 5 and back again. Why? Because the story line is similar to another currently popular NA book (which I'm not going to name because I like them both). After sleeping on it I decided to go with a five star, its not as dark, its funny, the hot scenes are ERMAGERD hot, and the main character isn't as whiny. It's also out of this world swoonworthy and angsty.

Cover and Writing
I love the cover. I would've bought this book even if it weren't written by JLA. The writing is Jennifer's usual snarky, kickass, and hilarious. My only complaint, is that pick (almost) any scene from this book and it would fit into the Lux series or the Covenant series. The problem with that.. none really. But I just want to see a different heroine from her. But seriously that is a minute complaint.. very tiny.

Main Character
Avery.. what's to say about her.. she was damaged but is healing, or so she thinks. She ran from her problems in Texas, hoping to start a new, trouble free life far away from home. She's not an easy friend to have, because of her reluctance to let her past catch up to her. I can relate to her character.. but there is one scene I would like to smack her to get the truth out. But all unfolds in due time, and Avery finds her way to happiness.

Swoonworthy Points: 8.5
Shame on JLA for.. there's a lot of teasing going on in this book. Excluding the oh-so-sexy 'love' scenes, there is no freaking way you couldn't fall for Cam. Sexy.. check; Funny.. check; Cocky.. check; devoted, sweet, caring, patient, perfect.. CHECK. There isn't a thing I would change about it.

And for Pete's sake Jennifer, what is it with the Cookies?! First Daemon and now Cameron. And I don't care what it stood for, but yes I would totally eat Cameron's cookies ;-) I gain ten pounds just thinking about them.. cookies that is.

If you like Jennifer Armentrout's writing, contemporary romance, or steamy addictive reads then this is the book for you!!

Wow! This is the second great review I read of this book. I'm can't wait to read it!!! I really should buy it. Fab review!!

I got my copy and look forward to reading it. Loving your review.