All Fired Up Release Day Blitz and $100 GC Giveaway!! 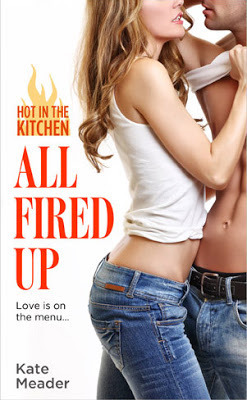 Cool as a Chicago winter, private events planner Cara DeLuca is a model of self-control . . . until she meets the one temptation she can't resist: Shane Doyle. The sexy, Irish pastry chef is too hot, too sure, too young, and after a crazy night in Vegas—her new husband. While at first Cara wants nothing more than a way out of her sham marriage to Shane, she soon finds that beneath his farm boy demeanor lies a man who can match her drive, both in and out of the bedroom. How can the wrong guy feel so deliciously right?

Shane has carefully structured his career and life around one goal: connecting with the family that doesn't know he exists. Marrying a woman with more issues than a magazine stand wasn't part of the plan, but melting Cara's icy exterior is so worth the detour. Now as the annulment date nears and long-buried secrets are revealed, Shane will have to fight for the one thing guaranteeing the perfect life he craves . . . the current Mrs. Shane Doyle. 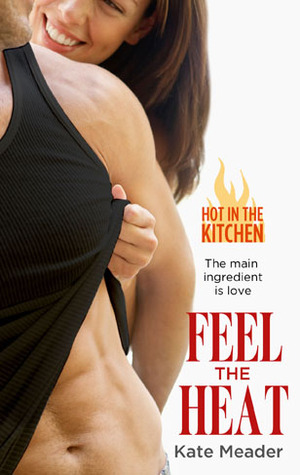 When famous British chef Jack Kilroy unexpectedly challengers her father to a cook-off in her family’s Italian restaurant, Lili Deluca decides to seduce the tempting Brit. But after a video of them kissing goes viral, Lili fears she’s cooked up a recipe for disaster. Jack knows they could be amazing together, but can he convince Lili to realize her own ambitions—and turn up the heat in his kitchen?

“I’m sorry about my behavior the night of the dancing,” she said. “I was rude to you.”
“This is a tricky situation and you want to put it behind you. Neither of us wants a marriage, LT. I get that.” The unmistakable heart twinge he felt right then surprised him, but not enough to derail his train of thought. “So, it’ll just have to be sex.”
Her eyes fluttered wide and her mouth worked. “What?”
“We can just do a sex-only thing, like a married-with-benefits deal.”
Gotcha. Oh, his little beauty wanted to laugh. Her lips twitched and his dick twitched at the thought of bringing a smile to her exquisitely melancholy face. She appeared to be mulling it over, so he went in for the kill.
“Until we can make it annulled-with-benefits.” He waggled his eyebrows and pulled that brimming laugh out of her. Zing. Why did it feel better for being so hard won?
On the end of the laugh, she said, “Speaking of which, I’m picking up the papers tomorrow.”
“Hm,” he hummed. There was the twinge in his chest again, a touch sharper now. This was good, wasn’t it? Never had his life needed more clarity than it did of late, and fixing his marital status would go a long way to re-sharpening his focus.
She cocked her head. “Lili thinks I should take advantage of all you have to offer.”
“I always liked that girl.”
As quick as he had made gains, he lost them as another Cara brain check whipped them away. He imagined her calculating the statistical probabilities for disaster and coming up with 99.99%. This woman thought far too much.
“Shane, I’m flattered but frankly, you’re not my type.” She gave one of those I-don’t-want-to-offend-you-but-I’m-gonna-anyway smiles. “You’re much too nice for me.”
It wouldn’t be the first time he’d heard it and it made him angrier than a bull battling a bee swarm. It was the stuff of chick flicks and crappy sit-coms, how women love a bad boy and good guys finish last. Where in the hell did she get off calling him nice?
“Would you prefer I take baseballs out of kids’ hands at Wrigley Field or trip old ladies in the street? You want a guy who’s not nice?” Here he was defending “nice” when he wasn’t feeling particularly nice. Time to kick this up a notch.
“Were you not turned on the other night?”
Her mouth gaped and even that looked good on her. Was there no end to the ways she could get his blood pumping south?
He filled in her shocked silence. “The other night, when you kissed me—”
“You kissed me!”
“Semantics. When you kissed me and licked my chest.”
Flushing, she brought her palm to her cheek to cool it. “I know what I did. I don’t need you to remind me what I did.”
Man, seeing her all het up did hot and dirty things to him. He moved in and gently, tipped up her jaw. She shook under his touch but she didn’t retreat.
“I think you do need me to remind you. I think you need to be reminded of all the passion and fire that exists beneath that cool exterior you show to the world. I bet no one sees that, do they? No one sees how out of control you get when the right button is pressed. Maybe it’s just a whisper of my hand across your breasts...” He dropped his gaze to confirm that what he was saying had some effect on her and yep, to look at her lovely cleavage. Through the erotically-thin material of that dress, he found her nipples primed to hard points. “Maybe a breath close to your ear or my thumb gliding across your lip will set you off.”
Her tongue darted, making her lips moist, almost begging him to swipe that pouty lower lip with the pad of his finger. Take a soft suck, a juicy bite. The air felt close, the sweet scent of the cakes, Cara’s skin, and their choppy breathing combining to coat all his senses.
“Still think I’m not your type? Because your body says different. It’s telling me that we would be very compatible indeed. I bet if I was to run my hand down…” He trailed his fingertips down the placket of her dress, between her breasts, along her clenching stomach, until he sensed with his fingertips the band of her panties. A sexy thong, his Braille for underwear skills told him.
“I bet I’d find you’re as wet for me as I’m hard for you. Nice? Let me tell you, what I’m thinking about you is the opposite of nice.” 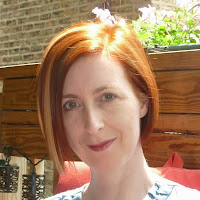 Kate Meader writes contemporary romance that serves up delicious food, sexy heroes, and heroines with a dash of sass. Originally from Ireland, she now makes her home in Chicago, a city made for food, romance, and laughter—and where she met her own sexy hero. When not writing about men who cook and the women who drool over them, she works in an academic library. Visit her website at http://katemeader.com and follow her on Twitter @kittymeader

Thanks for hosting an excerpt from ALL FIRED UP today, BookNerd! I really appreciate it :)