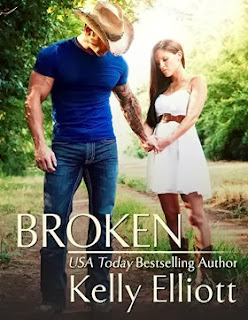 
Layton Morris and his brother Mike grew up not knowing what it would be like to live in a normal home. With no running water or electricity in their home, no parents around to protect them, they quickly learned how to survive and depend only on each other.
When a tragic accident takes Mike away from Layton, and the only other person that he ever let into his heart walked away from him, leaving his heart shattered, Layton focuses all of his time and energy into the ranch he and his brother dreamed of. He makes a vow to himself to never let love in again. The last thing Layton needed or wanted was more heartache.

Whitley Reynolds grew up in a privileged home in upstate New York. When she landed the star football player in high school no one was surprised, not even Whitley. She dreamed of a life with Roger living in New York City and happily followed him there.

The first time Roger hit her for arguing with him about a dinner party, she forgave him. The more it happened, the further Whitley withdrew from her friends and family. One fateful day things go to far. Whitley makes a promise to herself and finds the courage to do the one thing she thought she’d never be able to do.

Fleeing with her best friend Courtney, Whitley was determined to put her past behind her and start a new life in the small town of Llano, Texas, where no one would ever find out about her past.

Will they both ever learn to trust and love again, or will their pasts come back to haunt them, keeping them both alone and… 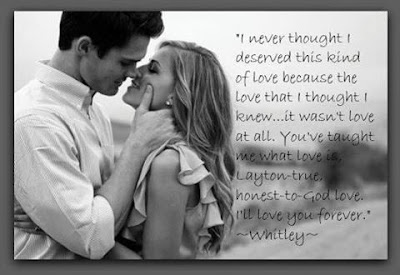 “Will you do me a favor? I’m going to slowly start driving. Will you lean out and take a look at the tire? Tell me if everything looks okay.”
She nodded as she grabbed on to the bar. She leaned out the side of the Jeep. “Okay…ready.”
I smiled and gunned it while I held the brake down. Mud flew up everywhere, and she let out a scream that I was sure Mimi and her husband Frank would hear.
I let off the gas and looked over toward her. She was covered in mud.
“Oops. Sorry.”
Her mouth dropped open, and she balled up her fists. “You asshole! My eyes are burning from the mud in them, you fuckwad!”
I lost it and started laughing. I laughed so hard that I was pretty sure I’d snorted once or twice.
Whitley jumped out and began walking away.
“Where are you going?” I called after her.
“As far away from you as I can get!”
She turned and walked backward as she shot me the finger with both hands. Then, she dropped out of sight.
I jumped out of the Jeep and ran over to her.
“Shit! Oh shit! Oh my God…shit!” She cried out over and over as she held on to her ankle.
“Sweetheart, what’s wrong? Whit, what’s wrong?” I dropped to my knees.
She looked up at me, and the next thing I knew, I had a handful of mud in my face. She smeared it all over my face and down my neck. She started laughing, but then she quickly stopped when I looked at her.
“You better run,” I said, glaring at her.
“What?” She jumped up and started to run.
I gave her a good thirty-second head start before I went after her. She kept looking back at me, laughing. She ran up to a group of oaks.
“You think a few trees are going to stop me?” I asked with a sly smile.
“Layton, let’s just call a truce, okay? Truce ’cause I’m itching all over. I really need to get this mud off of me.”
I shook my head. “Oh no, Miss Reynolds. Payback is a bitch.”
“Wait! You got mud on me first! I was paying you back.”
I acted like I was going to run to the left and then made a sharp move to the right. She screamed and tried to go left, but then she slipped. I ran up to her, picked her up, and threw her over my shoulder. I looked up and saw we were near the hunter’s cabin. There was a tank right around the bend next to the cabin.
Oh yeah, her ass is going in the tank.
“Layton, put me down! Layton! Oh. My. God. No, Layton, no! Where are you taking me?”
She must have seen the tank because she started kicking and screaming.
“Scream all you want, honey. No one can hear you!” I laughed.
“Mimi! Frank!” she yelled out. “I know sound travels in the country.”
“Whit, it’s pouring. No one can hear you.”
I smacked her ass, and she let out another scream.
“You’re crazy! Layton, please…I’ll do anything.”
I walked up to the edge of the tank and saw a snake. Shit. She lucked out!
I turned around and saw a huge mud puddle. I started walking toward the cabin.
“Oh, thank God! I thought you were going to throw me in the tank.”
“I was…but I saw a snake.”
She started screaming and kicking again. “Oh my God! Put me down! I just want to go back to the house. I want down, Layton! Now!”
“You want down?”
“Yes! Right now, you asshole!”


“Okay then.” I dropped her right into the mud puddle.

Broken was such a good, funny, steamy, and sweet read. It was everything you could want out of a contemporary romance! This is my first time reading Kelly's work, though I've had her others on my kindle forever. I am kicking myself for not reading them yet. The book started out very dark and ends very sweetly. I makes me want to move to Texas and get a cowboy.. badly!

I love the setting of the book, it's not often that I read a book set on a ranch. It was pretty fun to see the different places they'd visit. I like that it didn't throw a lot about it at once, Elliott slowly introduces you to newer places with good descriptions. I also liked that the POVs were broken up between the characters. The book was balanced steam wise (not too much smexy tive vs. relationship building time), and I loved the beginning banter between the characters.

Overall, I would recommend Broken. I couldn't put it down once I started reading. I had several "LOL" moments, and towards the ending, there are some very suspenseful moments. I will most definitely be reading the next book in this series! 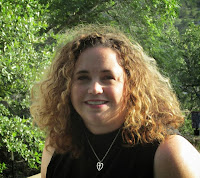 Really I'm just a wife to a wonderful Texas cowboy who has a nack for making me laugh almost daily and supports my crazy ideas and dreams for some unknown reason...he claims it's because he loves me.....so I'll just go with that one!

I'm also a mom to an amazing daughter who constantly is asking me to make her something to eat while she has her fingers moving like mad on her cell phone sending out what I'm sure is another very important text message!

Oh...and I like to sit down and write in my spare time!

I live in the Texas hill country and one of my favorite things to do is go for hikes around our property with my second favorite man, Gus....my chocolate lab and my sweet girl Rose, our golden retriever. When I'm not outside helping the hubby haul brush or move rocks or whatever fun chore he has in store for me that day, you will find me inside reading, writing or watching HGTV and soaking in a nice hot bubble bath.....yeah that last one I just made up but it sure does sound nice!!!

I loved Broken...favorite scenes include the mud fight in the rain, L talking to W thru the door before the wedding, reading Knight and Play, the horse race, and all the texts