If You Stay Blitz and Prize Pack Giveaway!! 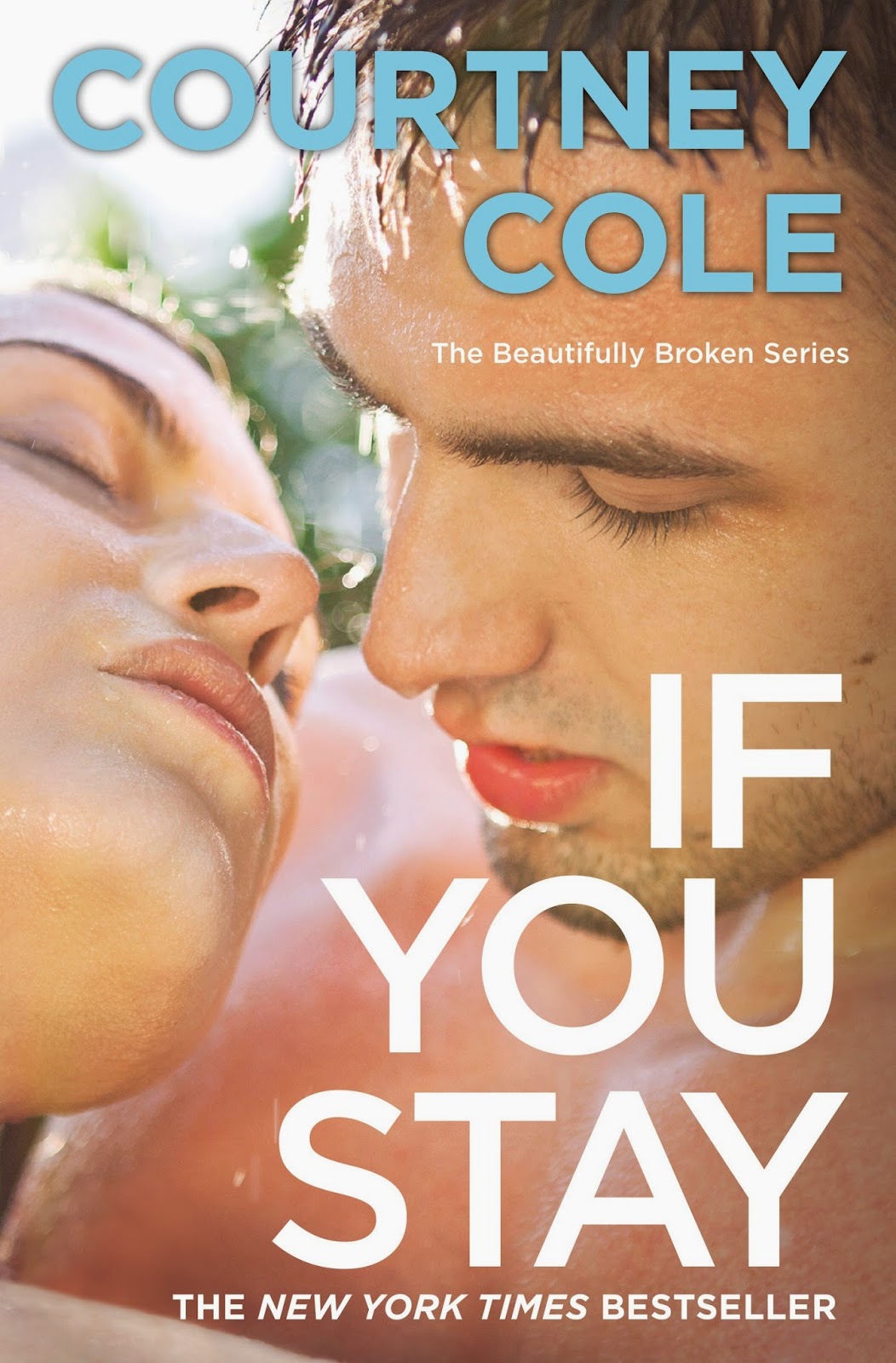 Twenty-four-year-old Pax Tate is an asshole. Seriously. He's a tattooed, rock-hard bad boy with a tough attitude to match. His mother died when Pax was seven, leaving a hole in his heart filled with an intense guilt that he doesn't understand. What he does know is that he and his dad were left alone, and they have never been close. Now, he uses drugs and women to cope with the black void in his soul. He pretends that the emptiness isn't there and this has always worked . . . until he meets Mila.

Sweet, beautiful Mila Hill is the fresh air that Pax has never known in his life. He doesn't know how to not hurt her-but he quickly realizes that he'd better figure it out because he needs her to breathe. When the memories of his mother's death resurface to haunt Pax, Mila is there to save him from his overwhelming guilt. Mila restores his broken heart, even as she evokes his powerful, sexual desires. Now for Pax to keep Mila, he needs to work on his issues-and stop being an asshole. But is that enough to make her stay?

I am humming as I duck out of the shop to grab a sandwich for lunch. As I pause to lock the door, I notice Pax’s black car parked on the street twenty yards from my shop. My head snaps up and I stare at it, my fingers frozen. He’s not in it. I don’t know if I am relieved or not.
“Looking for someone?”
Pax’s voice is right behind me.
You’ve got to be kidding me. This is too coincidental. I slowly turn to find myself face to face with the very man who has invaded my thoughts. Pax smiles, a slow panty- dropping grin.
“Are you stalking me again, Miss Hill?” He cocks an eyebrow.
My heart hammers.
“What?” I choke out. “This is my shop.”
Pax shrugs. “And that’s my car. You were staring at it like you were hoping I would get out of it.”
I’m guilty of that. I can’t say a word in my defense. Instead, I stare at him like an idiot.
“What are you doing downtown?” I finally manage, changing the subject.
“I don’t cook,” he explains. “I’m making a food run. The bar down the street makes good burgers.”
“Oh,” I answer dumbly. “That’s what I’m doing too.”
He lifts his eyebrow again.
“Not the bar,” I add quickly. “I’m going to the deli, next door to the bar.”
Pax smiles again. “All by yourself? Haven’t you heard that there are some bad things going on in Angel Bay? Just a while back, some dumbass overdosed on the beach. Apparently, they’re letting all kinds of assholes in nowadays. It’s probably not safe for you to walk alone.”
I have to grin now, at his audacity.
“Oh, really? Wow. That does sound bad. Assholes are just running loose on our streets? I guess I’ll never know now when I’m going to bump into one.”
“How very true,” he answers softly, his golden eyes frozen on mine. Sweet Jesus. The man has beautiful eyes. So bottomless and warm. Like hot caramel. I gulp.
“Is this when you take your lunch every day?” he finally asks, breaking the silent stare.
“If I go out,” I answer. “Are you planning on stalking me again?”
We’re still standing in the middle of the sidewalk, but Pax doesn’t seem to care. Instead, he grins.
“Maybe,” he answers, before holding his arm out like a gentleman. “Since I’m here and you’re here and we’re both going in the same direction . . . I’ll walk you today. I’ll keep the wolves at bay.”
I stare up at him as I slip my fingers into the crook of his leather covered elbow.
“I thought you were the baddest wolf of them all?”
He grins again, wickedly. It lights up his eyes with a gleam.
“That’s probably true,” he admits. “Are you afraid?”
“I should be,” I tell him.
But I’m not.
He walks me to the deli’s door and steps away from me. I feel the absence of his warmth immediately.
“Have a good day, Mila Hill,” he tells me, his eyes flickering up and down the length of me. “Watch out for those wolves.”
And he’s gone. He disappears into the bar and I realize that I’m standing alone outside. I shake my head and sigh, going inside to order my sandwich. I have no idea what just happened, but Pax Tate is firmly in my head now. And I have the feeling he’s not going anywhere. My stomach flutters and I realize that I like that thought.

Grand Prize: NA Prizepack feat. IF YOU STAY by Courtney Cole, FAÇADE by Nyrae Dawn, THE SECRET OF ELLA AND MICHA by Jessica Sorensen, and BEST KIND OF BROKEN by Chelsea Fine, plus 10 winners will get a copy of IF YOU STAY. Runs through April 15, open to US/Canada only.

Courtney Cole is a New York Times and USA Today bestselling author who lives near Lake Michigan with her family.  She's always working on her next project... or staring dreamily out her office window.  To learn more about her, please visit http://www.courtneycoleauthor.com/