If I Were You Promo Blitz 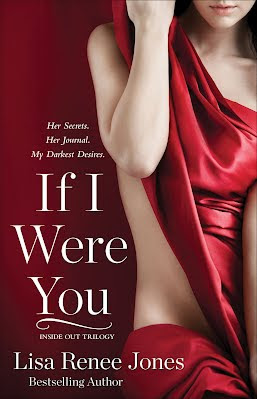 Inspired by a real journal found in a storage unit during Lisa's eight years buying and selling units, the series embraces the dark sensuality of Shades of Grey and the intrigue with storage units that is Storage Wars in one spine tingling series packed with mystery and passion. The print version of IF I WERE YOU, book 1, hits stores March 12th.

About book one:
If Were You (print release March 2011)

One day I was a high school teacher on summer break, leading a relatively uneventful but happy life. Or so I told myself. Later, I’d question that, as I would question pretty much everything I knew about me, my relationships, and my desires. It all began when my neighbor thrust a key to a storage unit at me. She’d bought it to make extra money after watching some storage auction show. Now she was on her way to the airport to elope with a man she barely knew, and she needed me to clear out the unit before the lease expired.
Soon, I was standing inside a small room that held the intimate details of another woman’s life, feeling uncomfortable, as if I was invading her privacy. Why had she let these items so neatly packed, possessions that she clearly cared about deeply, be lost at an auction? Driven to find out by some unnamed force, I began to dig, to discover this woman’s life, and yes, read her journals—-dark, erotic journals that I had no business reading. Once I started, I couldn’t stop. I read on obsessively, living out fantasies through her words that I’d never dare experience on my own, compelled by the three men in her life, none of whom had names. I read onward until the last terrifying dark entry left me certain that something had happened to this woman. I had to find her and be sure she was okay.

Before long, I was taking her job for the summer at the art gallery, living her life, and she was nowhere to be found. I was becoming someone I didn’t know. I was becoming her.
The dark, passion it becomes…
Now, I am working at a prestigious gallery, where I have always dreamed of being, and I’ve been delivered to the doorstep of several men, all of which I envision as one I’ve read about in the journal. But there is one man that will call to me, that will awaken me in ways I never believed possible. That man is the ruggedly sexy artist, Chris Merit, who wants to paint me. He is rich and famous, and dark in ways I shouldn’t find intriguing, but I do. I so do. I don’t understand why his dark side appeals to me, but the attraction between us is rich with velvety promises of satisfaction. Chris is dark, and so are his desires, but I cannot turn away. He is damaged beneath his confident good looks and need for control, and in some way, I feel he needs me. I need him.
All I know for certain is that he knows me like I don’t even know me, and he says I know him. Still, I keep asking myself — do I know him? Did he know her, the journal writer, and where is she? And why doesn’t it seem to matter anymore? There is just him and me, and the burn for more.

We begin our walk, faster this time, and the cold wind has nothing on the chill between us. Conversation is non-existent, and I have no clue how to break the silence, or if I should even try. I dare a peek at his profile several times, fighting the wind blowing hair over my eyes, but he doesn’t acknowledge me. Why won’t he look at me? Several times, I open my mouth to speak but words simply won’t leave my lips.
We are almost to the gallery, and a knot has formed in my stomach at the prospect of an awkward goodbye, when he suddenly grabs me and pulls me into a small enclave of a deserted office rental. Before I can fully grasp what is happening, I am against the wall, hidden from the street and he is in front of me, enclosing me in the tiny space. I blink up into his burning stare and I think I might combust. His scent, his warmth, his hard body, is all around me, but he is not touching me. I want him to touch me.
He presses his hand to the concrete wall above my head when I want it on my body. “You don’t belong here, Sara.”
The words are unexpected, a hard punch in the chest. “What? I don’t understand.”
“This job is wrong for you.”
I shake my head. I don’t belong? Coming from Chris, an established artist, I feel inferior, rejected. “You asked me why I wasn’t following my heart. Why I wasn’t pursuing what I love. I am. That’s what I’m doing.”
“I didn’t think you’d do it in this place.”
This place. I don’t know what he’s telling me. Does he mean this gallery? This city? Has he judged me not worthy of his inner circle?
“Look, Sara.” He hesitates, and lifts his head to the sky, seeming to struggle for words before fixing me with a turbulent look. “I’m trying to protect you here. This world you’ve strayed into is filled with dark, messed up, arrogant assholes who will play with your mind and use you until there is nothing else left for you to recognize in yourself.”
“Are you one of those dark, messed up, arrogant assholes?”
He stares down at me, and I barely recognize the hard lines of his face, the glint in his eyes, as belonging to the man I’ve just had lunch with. His gaze sweeps my lips, lingers, and the swell of response and longing in me is instant, overwhelming. He reaches up and strokes his thumb over my bottom lip. Every nerve ending in my body responds and it’s all I can do not to touch him, to grab his hand, but something holds me back. I am lost in this man, in his stare, in some spellbinding, dark whirlwind of…what? Lust, desire, torment? Seconds tick eternally and so does the silence. I want to hold him, to stop whatever I sense is coming but I cannot.
“I’m worse.” He pushes off the wall, and is gone. He is gone. I am alone against the wall, aching with a fire that has nothing to do with the meal we shared. My lashes flutter, my fingers touch my lip where he touched me. He has warned me away from Mark, from the gallery, from him, and he has failed. I cannot turn away. I am here and I am going nowhere. 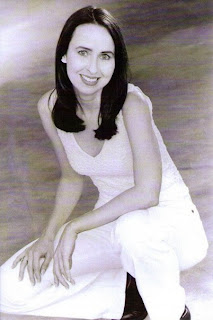 Bestselling author Lisa Renée Jones is the author of the highly acclaimed INSIDE OUT TRILOGY which will debut internationally across many countries in 2013. Booklist says that Jones’ suspense truly sizzles with an energy similar to FBI tales with a paranormal twist by Julie Garwood or Suzanne Brockmann. Alpha, military, and paranormal romance readers will want Jones’ entire series. (About the Zodius Series — Storm that is Sterling)
In 2003, award winning author Lisa Renée Jones sold her Austin, Texas based multi-state staffing agency and has since published over thirty novels and novellas across several genres. Her staffing agency LRJ Staffing was recognized many times by The Austin Business Journal and also praised by Dallas Women Magazine. In 1998 LRJ was listed as the #7 growing women owned business in Entrepreneur Magazine.
Her debuts with Blaze and Nocturne hit Bookscan’s Top 100 list and her Blaze Hot Zone trilogy made a showing on the list in 2011 also.