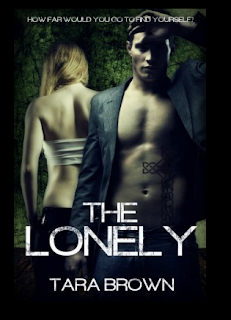 When she arrives at college, her OCD's and the lonely refuse to let her have her wish to be normal.
When she meets Sebastian and starts to fall for him, she lets herself believe it's possible to outrun the things chasing her from the past. But how to you get away from the things inside of you? How do you run from yourself?

Just as she gives up and succumbs to the lonely, the unthinkable happens. She finds herself once again trapped in the dark, once again held against her will.
This time she meets the lonely head on. In the darkest corners of her mind, she discovers there is more to her world than she ever imagined. She discovers that the lonely was there for her, protecting her from herself and her secrets.
How far would you go to find yourself?

This is a dark and captivating novel, tread lightly..

Don't forget to check out the companion novel due out in the summer of 2013, The Lost Boy. Maybe that'll help you sort out the things you have leftover from the story...

This book is rated 19+ due to extreme sexual and language content!

The Lonely was harsh, riveting  and full of passion. It is kind of Bi-Polar for a book :-P. The first half is dark and depressing; the second half is a sexy and intense journey to find peace. I was lucky enough to Beta read this book and I was honored to do so. I think The Lonely was the perfect blend of dark and light.

Cover and writing Style
I like the cover, but would like a more realistic picture. It suits the content, but by just looking at it I would think it's a paranormal novel. I am a big fan of Tara's writing, it's simple and engaging, always highly entertaining... very easy to get lost in.

When the story begins, you definitely feel as lost and helpless as Emalyn does. She has severe OCD and panic disorder. I can relate to the panic that she feels. Though I don't want to give away much, Emalyn definitely undergoes some major changes in her life (most would've made me piss myself!!). I like the way she grew and took charge of her life.

There is some major swoon going on in this book. I would've liked to know more, I felt a bit detached from the 'love,' and perhaps that would be answered for me during the companion book The Lost Boy. I love a males POV!! But the smexin scenes.. a touch of Bondage/Submission.. YESSSSS Please :-D

Excerpts
“He clears his throat, "Have you considered he sees you as a girl at school? Not all girls are whole when you meet them. Sometimes you have to help them get there. Right now, you are a broken girl. That doesn’t mean that you'll always be broken. That doesn’t make you less of a girl." He clears his throat again, "I'll call the doc. She'll want to talk to you."
The tears in my eyes don’t come out. They stay in there like tiny kaleidoscopes, trying to make the world the way I need it to be. My words don’t come right away either. I don’t hear the click on his end when I whisper, "I'm not broken." But he isn’t there. He never really is. He is the master of not being there.”

Emalyn Spice is a nineteen year old college freshman with severe OCD and a haunted past. She has a best friend named Michelle (Shell) and a benefactor. She has no one beyond them. She runs, not because she wants to but because she has to. Her life is handicapped and stunted from her problems. Her only wish is to be normal.

Sebastian is not what he seems. He is the perfect guy. He tolerates too much and loves too fast. His inexplicable ability to understand her and love her regardless of the things wrong with her, make him the easy guy to love and want in the book. Easy doesn't always mean right.

Eli is the mystery man in it all. He is the one person who gets her. He truly is the person who sees her for who she is, who she really is. His sanity and ability to function is dependent upon her being healed. His devotion is unparalleled. You just don't know that, or what to expect. 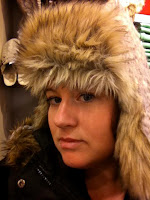 I am not going to talk in the third person. It feels weird.
I am a Canadian author of Paranormal Romance, Post Apocalyptic and Fantasy novels. Mostly because I think I have Writers ADD, I like to call it WADD. It might be a real thing.
I write New Adult, my books have sexual content (Heck yes) and Swearing. You have been warned. Now enjoy!
I have a beagle named Buster, a husband who I force to read everything I write and two girls who want so badly to be a character in my books. And not in that order.
I am mid thirties so be prepared for the chick lit novel this year. I am calling it my Ode to my Midlife Crisis.
I have been writing since I was old enough to lie. So for some time.
Welcome to my world. Please enjoy the ride.