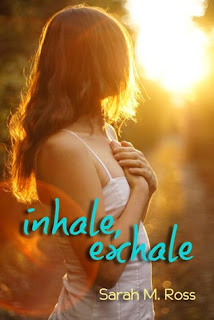 Jillian had a plan: celebrate the end of her first year of college with an amazing summer full of beaches, barbeques, and bonfires. When her mom insists she needs a summer job, and her boyfriend spends more time with his band than with her, Jillian’s plans go down the drain.
Grant had a plan: finish his Masters, get a great job at Google, and get the hell out of Georgia. He might be giving up some of the fun of his youth, but he knows his all work and no play method would be worth it when his dreams came true.But things never go according to plan. When temptation brings them together and tragedy tears them apart, Jillian and Grant will be forced to choose: fight for their dreams, or fight for each other.

The laughter, clinking of glasses, and music from the jukebox faded away. I could only hear the whooshing of my own heartbeat. I swallowed hard. Grant’s eyes lowered to watch the movement of my neck, and I imagined what it would be like for him to kiss me there like in my dream. To trace the line from my jaw with his finger or tongue down to my clavicle, dipping into that tiny hollow.


I forgot to breathe.

My leg grazed his, with just the tiniest amount of friction. I didn’t take my eyes off him, and I could see his own widen almost imperceptibly. His hand slipped under the table next to mine, hovering. He never touched me. I could feel the heat from his hand like a furnace. He was waiting for permission, a sign that I wanted and accepted his touch. My hands stayed glued to the seat beside me, but I lifted up onto the balls of my feet, causing my knee to bump into his awaiting hand.

It took but seconds for his large, strong hand to clasp the top of my leg, the pad of his thumb brushing along the soft skin inside my thigh. I looked around the table, but everyone was deep in their own conversations, and no one was paying us any attention.

Neither his hand nor my leg moved for a long time. Just the tiny swipes of his thumb, causing my breath to hitch. We didn’t look at each other as to not draw attention. He chatted casually with people at the table, while I was drawn tighter than a bow.

Finally, after an excruciatingly long time, he began to move his fingers. He ran his thumb in tiny circles on the inside of my thigh as his fingers brushed behind my knee, making a painstakingly slow ascent upward. One millimeter at a time.

Time stood still and the room around me blurred. He was still an inch or two below the hem of my shorts, but I felt like he was touching me at my core. Goosebumps rose along my skin, and I shivered.
Grant must have taken that as a good sign, because he began to very slowly—agonizingly slowly—inch his fingers further up my thigh. My muscles tightened in anticipation, knowing this was wrong but wanting nothing but his touch. He made his way to the hem of my tiny shorts, sliding his fingers back and forth against it. Inside my thigh. Outside my thigh. Inside. Outside. In. Out.

My vision blurred, and my eyes slid shut with pleasure. I bit my bottom lip to contain the groan that threatened to escape my lips.

Be sure to add this to your Goodreads page:http://www.goodreads.com/book/show/17348805-inhale-exhale

Check out the giveaway to get one of the very first print copies of the book!!

Sarah Ross started her obsession with reading at an early age, getting in trouble for sneaking BabySitter Club and Nancy Drew books into math class in elementary school. She would read any fiction book she could get her hands on. Sarah knew it was an addiction when instead of grounding her from TV or music, her mom would take away her books as punishment (The Horror!). Her love of all things paranormal was inspired by her good friend Laurie, who convinced Sarah that books with vampires, witches, and all things shifter were amazing. After a little reluctance, she gave it a shot with the Sookie Stackhouse books, realized she was right, and the rest was history.


Sarah grew up in Pittsburgh, graduated from The University of Pittsburgh with a degree in English, and taught 8th graders to love reading as much as she does for several years. She will always be a proud member of the Steelers Nation, but couldn’t take the cold and moved her frozen tush to Florida where she now lives with her family and two cats. You will find Sarah now with her trusty Kindle in hand and toes in the sand!