Fixed on You Blog Tour and Giveaway!! 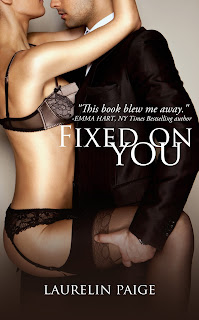 Stalking and restraining orders are a thing of Alayna Pierce’s past. With her MBA newly in hand, she has her future figured out – move up at the nightclub she works at and marry the manager, David. He’s perfect for her because, although he’s attractive, he doesn’t get her all turned inside out and upside down like some other men have. It’s a safe plan, one that assures she’ll remain in control of her obsessive love disorder.

Fixed on You was a good read if you are in the market for a rich-alpha-male sex story. It wasn't what I expected from the blurb, I expected a darker drama filled book, but I got lots of hot sex and catty drama. The MCs backgrounds were interesting and added an unusual kind of angst to the story. The plot was one of those propositions you can't turn down, and Paige's writing style was okay. The cover is hot! Overall, I know that my opinion is not going to be one of consensus on this book, maybe I just wasn't in the right mood for it? If you want to swoon over a hot piece of Man-Candy, this is the book for you! Despite it all, the book was entertaining and hard to put down. 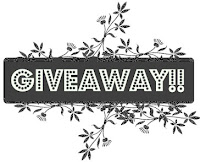 Click the banner to view the other stops on this tour! 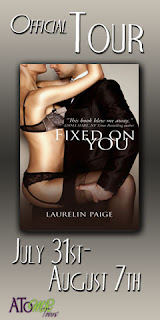 Thanks for sharing Fixed On You and the giveaway. Sounds like my kinda book. evamillien at gmail dot com