The Unloved Blog Tour and Giveaway!! 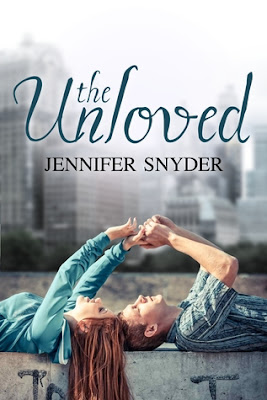 Summary from Goodreads:
Sometimes the love our heart needs to heal can be found in the familiar eyes of a childhood friend...

Julie Porter learned the hard way that trust is something which must be earned and not something to be given out lightly, those who say they love you are those who hold the power to hurt you most, and best friends can help you survive anything—until they move away.

Nick Owen knows a thing or two about a hard life. At a young age Nick learned how to take a hit and to make lemonade out of the lemons life tossed his way. Returning home after nearly two years of being away, all Nick cares about now is protecting his mom from the abusive hands of his father and catching up with his best friend—the girl who lived across the street, the girl he can’t seem to stop thinking about.

Finally reunited after two years apart, Nick and Julie are about to learn that age does nothing to protect you from life’s trials and tribulations, heartache and loss, but maybe together they’ll find a way to survive.

The Unloved is a true melodrama of a YA romance. It is a wonderfully written duel POV, with the reader’s heart getting pulled in two directions, one way with Julie’s hopelessness and despair and one way with Nick’s fierce desire to protect her and pull her out of her own self-loathing. Julie has had to endure a lifetime of familial neglect and abuse and she views herself as a broken, unfixable, unlovable mess.
“I felt like my soul had been killed while my body remained…I hated having to push him away, but when would he realize that he could do better than me? I was broken and polluted. Couldn't he see that? Didn't he understand that I was saving him from winding up like me?”
Nick sees Julie as a beautiful, strong, one and only love of his life, and his only motive is to be her best friend and protector. Although he grows up being a beaten down, helpless little boy, he grows into a strong courageous young man, driven to save his mother and Julie.
“I wanted her to let me in again. I wanted her to look at me. I wanted to know that she was all right. It was clear that she was breathing, she was standing right in front of me, but a lot of people breathing were dead inside. I needed to know that she wasn't  and if she was, I needed to know how to fix her.”
Nick and Julie grew up on opposite sides of the same street, and both had to survive through more than their fair share of life’s hardships. Through his abusive, alcoholic father, and her neglectful, pill addict mother, they always sought refuge in each other. But when Nick’s mom unexpectedly sends him away when they are 15 years old, Julie is now left alone in her grief, sinking into a deeper darker depression. But Nick returns two years later, ready to step back into his role as her best friend and protector. Although they have to overcome years of silence, trust issues, and Julie’s self-destructive tendencies, their deep-rooted love proves to be the strongest force. As life continues to throw them obstacles, they know their happily-ever-afters are with each other.
“The second I tilted my head up, Nick’s lips pressed against mine. My heart stopped and my breath caught in my throat as Nick continued to brush his lips across mine, urging me to react. To kiss him back. Warmth spilled through my stomach and I closed my eyes, allowing myself to become lost in the moment.”
The Unloved is an equally tragic and sweet romance. And although there are some mature situations, anyone who enjoys YA novels will be captivated and heartbroken with this story. It is a very well written duel POV, there are parts of the story in which the POV will change even within the same conversation, giving both perspectives in the same moment. Snyder does a great job at seamlessly integrating both perspectives and there isn't ever a time in the story where it is confusing whose perspective we are reading or what the other character is thinking and feeling. The story never lets off, I couldn't put it down and read it in only two sittings, and although there were parts of tears and heartbreak, it left me with the feel-goods and a smile by the end.
“Maybe they'd just be our reminder of the good and the bad that we have to deal with in life…the stitches of happiness, always there to help us heal, and the scars of hardship, never to be forgotten.”

***GIVEAWAY***
1 e-book copy of The Unloved through Amazon or B&N, open Internationally! 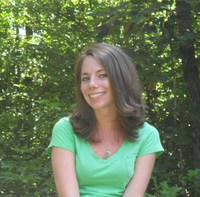 I live in a small town nestled in the mountains of Western North Carolina with my husband and two small children. Growing up, I was always an avid reader. My mother spent way too much money on R. L. Stine and Christopher Pike books!


Writing a novel of my own wasn't something I'd ever given much thought to. It seemed like an unobtainable, far-fetched dream. Then, in late 2007, I attempted to put pen to paper for the first time. What came out wasn't pure gold. And what came out next wasn't either. Things didn't work that way for me. I had to write and rewrite and learn more about my 'voice' as an author first.

It took me awhile to find that. Roughly about two years.

I did make a stab at going the traditional route to getting a novel of mine published, but it didn't work out. Some might say I gave up too quickly, some might not. You can look on the 'For Writers' tab to read my post on why I went the way I did to hear the full story.

I will say, I don't regret my decision to Self-Publish. It was right for me. I'm loving that fact that I am able to still be a stay-at-home-mom even though my kids are both now in elementary school. I thank my readers for that. Seriously, a million times over I thank you!

SHATTERED SOUL was my debut novel and no, you haven't seen the end of me yet...

Welcome to my stop on The Unloved blog tour by Jennifer Snyder hosted by YA Bound.  Click HERE to see the rest of the blog tour schedule!

Thank you for taking part in The Unloved's tour. Your review was wonderful! I'm glad you enjoyed reading Nick and Julie's story.