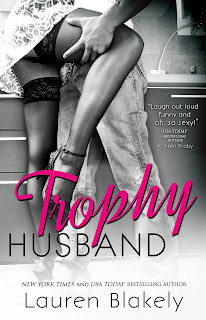 The stars twinkle and the night air is warm as we leave the Tiki Bar and walk slowly up Fillmore. At the top of the hill, I see my friend’s maroon Prius that I’m tasked with driving home tonight. I point to it.
“These are my wheels.” I click on the key to unlock the car. Then I reach for the door handle. But it doesn’t open. I try again. Same thing happens. “Damn. What is up with these hybrids?”
“They have to calibrate to your heart rate.”
“Then how the heck am I supposed to drive it home?”
“I know a trick,” Chris says.
“You do?”
“Want to give me the keys and I’ll show you?” he asks, holding open his palm for me.
But before I can pull away, he closes his fingers over mine, gripping my hand in his. That’s all it takes. Within seconds I am in his arms, and we are wrapped up in each other. His lips are sweeping mine, and I press my hands against his chest, and oh my. He does have the most fantastic outlines in his body. He is toned everywhere, strong everywhere, and I am dying to get my hands up his shirt, and feel his bare chest and his belly. But if I did, I might just jump him right here because I am one year and running without this. Without kissing, without touching, without feeling this kind of heat.
He twines his fingers through my hair, and the way he holds me, both tender and full of want at the same time, makes me start to believe in possibilities. Start to believe that you can try again, and it’ll be worth it. His lips are so soft, so unbearably soft, and I can’t stop kissing him. He has the faintest taste of Diet Coke on his lips, and it’s crazy to say this, but it almost makes me feel closer to him. Or maybe I feel closer because he’s leaning into me, his body is aligned with mine, and there’s no space between us, and I don’t want any space between us. I want to feel him against me, his long, strong body tangled up in mine, even though we’re fully clothed, making out on the street.
He breaks the kiss. “I wanted to kiss you all night.”
“You did?”
“Yeah, that key thing was just an excuse. Sometimes you just have to hit the button a few times to get the car to open.”
I laugh. “So you said that to kiss me?”
He nods. “Totally.”
“I’m glad you tricked me,” I whisper, as he bends his head and kisses my neck, blazing a trail of sweet and sexy kisses down to my throat, and it’s almost sensory overload the way he ignites me. Forget tingles, forget goosebumps. That’s kid stuff compared to this. My body is a comet with Chris. I am a shooting star with the way he kisses me. I don’t even know if I have bones in my body anymore. I don’t know how I’m standing. I could melt under the sweet heat of his lips that are now tracing a line down my chest to the very top of my breasts as he tugs gently at my shirt, giving himself room to leave one more brush of his lips. Before he stops.
He looks at me and the expression on his face is one of pride and lust. He knows he’s turned me inside out and all the way on.
“That was so unfair of me,” he says with a wicked grin. “Getting a headstart like that on all the other candidates.”
How can there be any other guys after a kiss like that? It’s a kiss to end all kisses, it’s a sip of lemonade in a hammock on a warm summer day. It’s a slow dance on hardwood floors while a fan goes round overhead, curtains blowing gently in the open window.
If he feels half as much for me as I do for him, then I want to sail away with him in the moonlight, and that scares the hell out of me. I have to extract myself before I let this go any further. I don’t mean the contact. I mean the way my aching, broken heart is reaching for Chris.


AUTHOR BIO
Lauren Blakely is an unabashed fan of clever jokes, toast, and good guys in novels. Like the heroine in CAUGHT UP IN US, she thinks life should be filled with movie kisses and coffee drinks. Lauren lives in California with her husband and children, and spends her days writing both true stories and make-believe ones.

Sounds like a great book! I loved the prologue :)