Welcome to my stop on the Confessions of an Almost-Girlfriend blog tour hosted by YA Bound Book Tours.  Click HERE to see the full blog tour schedule! 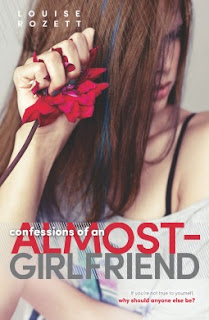 Rose Zarelli has big plans for sophomore year—everything is going to be different. This year, she’s going to be the talented singer with the killer voice, the fabulous girl with the fashionista best friend, the brainiac who refuses to let Jamie Forta jerk her around...

...but if she’s not careful, she’s also going to be the sister who misses the signals, the daughter who can only think about her own pain, the “good girl” who finds herself in mid-scandal again (because no good deed goes unpunished) and possibly worst of all...the almost-girlfriend.

When all else fails, stop looking for love and go find yourself. Rose Zarelli, self-proclaimed word geek and angry girl, has some confessions to make…

1. I'm livid all the time. Why? My dad died. My mom barely talks. My brother abandoned us. I think I'm allowed to be irate, don't you?

2. I make people furious regularly. Want an example? I kissed Jamie Forta, a badass guy who might be dating a cheerleader. She is nowenraged and out for blood. Mine.

3. High school might as well be Mars. My best friend has been replaced by an alien, and I see red all the time. (Mars is red and "seeing red" means being angry—get it?)

Here are some other vocab words that describe my life: Inadequate. Insufferable. Intolerable.

(Don't know what they mean? Look them up yourself.) 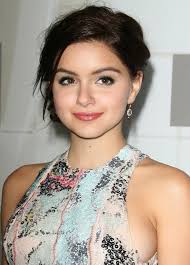 Age: I’ll be 16 this year. Maybe one of these days I’ll even be able to drive. Imagine that.

Hometown: Union, CT. It’s not the worst place in the world, but after visiting New York for my last birthday, Union seems boring.

Siblings: One. A brother. He’s got...issues. But who doesn’t?

Parents: One—my mother. She wants me to go to therapy with her, to talk about my dad, who is gone. He was killed in Iraq where he was working as a contractor. I don’t think he would have gone there if it weren’t for her, but what do I know.

Best friend: Tracy Gerren. She’s fashion-obsessed, but in a good way. Like, she’s actually treats fashion like art. She studies it. She dreams about it. Fashion is going to be her career. Cool, right?

Boyfriend: Boyfriend? Uh...no. Nope. I don’t have a boyfriend.

Crush: You’re determined to make me talk about him, aren’t you... Okay, yes, fine, I have a crush on Jamie Forta. There. Are you happy?

Enemy: Well, enemy is sort of a strong word, but there is one person who was determined to destroy me last year—Regina Deladdo—and I’ve got the scars on my arms and legs to prove it.

Hobbies:  I used to play the French horn, and run. Now, I don’t know what I do. I think I’m a singer, but I have no idea yet if I’m right. Everyone thinks they’re a singer, right? It doesn’t mean that everyone can actually do it. I also like web design. Even if I use it in ways that make my mother want to lock me in a computer-free room for the rest of my life.

Dreams: Dreams? Wow. No pressure or anything. Right now I just want to survive high school. Wait, no, that’s shooting a little low. Is it possible to have fun in high school?

Virginity status: Oh, come on. Aren’t there more important things in life than whether or not you’re a virgin? Seriously. I’m out.

Louise Rozett is an author, a playwright, and a recovering performer. She made her YA debut with Confessions of an Angry Girl, published by Harlequin Teen. The next book in the series, Confessions of an Almost-Girlfriend, is due out June 2013. She lives with her 120-pound Bernese Mountain dog Lester (named after Lester Freamon from THE WIRE, of course) in one of the world's greatest literary meccas, Brooklyn...and also in sunny Los Angeles. (Being bi-coastal is fun!) Visit www.Louiserozett.com for more info.