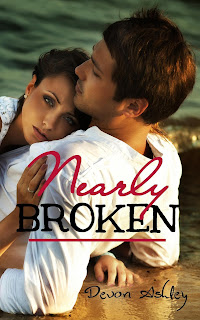 
We’d both gone missing at one point, but Claire had one thing I didn’t. Someone to notice. So why was I the one still here and she the one still gone?

Nineteen year old Megan Smith has spent the past year working in a small town diner in the middle of nowhere. Life is quiet, simple, safe. Then comes the news that her look-a-like has gone missing.

Still damaged both physically and mentally, Megan's not looking to be noticed. Wherever she goes from here, it's a road she needs to take alone. But when Nickolas Ellis takes the job as the new nightshift cook, it scares her how easily her defenses crumble down, down, down for him. But there are secrets she can't bear to share with just anyone, unspeakable acts that continue to haunt, and when the similarities of Claire’s abduction couples with the fear of an unwanted visitor in town, the urge to run before it all happens again intensifies, threatening the only happiness Megan's ever found.

New Adult Romantic Suspense / Realistic Fiction
Recommended for 17+ for mature and disturbing situations, language and sexual content.
---Excerpt---
When I turned off the side road and headed down Main Street, I came to an abrupt halt. It was eerily deserted. Cars still filled most of the parallel spots and occasionally one would drive by, but I only saw two people walking hand-in-hand way out in front of me.


I didn’t like walking alone in the dark, even on a night when everyone in town was just a block away, the music and voices still replacing the silence around me.


I turned to look back. How could so many people be in one direction and not the other? My heartbeat increasing with each passing second, I stood there under the yellowish glow of the street lamp. Which was completely stupid. Not only was the light inhibiting my eyes’ ability to scan the darkness efficiently for shadows, I let everyone out there know I was standing here all alone.


Suddenly those port-a-potties were looking a lot better.


I sidestepped three times, holding still while my eyes adjusted. I needed to get it through my thick, paranoid head that I was safe here. Myrtle Creek was safe, way off the radar of everyone.


I could see the diner down the way. We had forgotten to turn off the exterior sign, so it still glowed red and yellow in the night sky, acting like a beacon to guide me on my journey. Alright, journey might have been an overstatement for the short expanse of road. But the distance between here and there was so daunting, I considered it to be an epic journey, because the terror clenching the muscles in my heart made me fear I may never return.


I sucked in a deep breath. I needed to do this. I needed to not be afraid. To prove to myself that I could walk alone in the dark for a quarter of a mile and have nothing bad happen in the process. I needed to take that step and move forward in my life.


One small step to reduce the fear that crippled me at times. One small step closer to being the kind of girl that could date someone like Nick. Someone who wouldn’t unleash a shit load of baggage onto him. I really didn’t want to be this version of Megan anymore. Scared. Paranoid. Haunted.


Exhaling slowly, I took that first step. Then a second and third, until my feet finally gave into rhythm and advanced my trembling body down the path. My eyes continued to worry, shooting left and right and behind at the slightest movement or noise in the vast darkness. Unlike the normal person, I found myself maneuvering around the light, finding safety in the blackest of blacks. As brave of a front as I had put on, I was still terrified to be out by myself, and my feet quickened their pace, yet were light as air against the pavement.


Unfortunately, I had to brave the light to get through the front door. My key already leaving its imprint inside my fisted hand, I quickly turned the lock, ignoring the sounds that seemed to use these precious few seconds to amplify around me, closing in faster and faster. My heart pounded against my ribs, still yelling at my shaking hand for taking three attempts to get the key into its matching groove. I shoved myself through the door and locked it quickly behind me, not caring if I looked the fool to anyone outside. I stepped backwards, allowing myself to blend into the shadows of the dining room, escaping the reaching tendrils of the outside light.


I began to register the familiar sounds in the kitchen behind me: the hums of the coolers and freezers, the buzz of the light by the back door that we always kept on at night, and the gentle whirring of the fan that kept Paul’s hard-drive cool.


I puffed a burst of air past my lips. My heart coming down from its high, the beating began to slow, and I shuffled off towards the bathroom, weaving through the maze of tables with ease. Hell, I knew the room so well I could’ve shut my eyes and danced my way through and never bumped a single thing.


Shaking my head at myself in the mirror, I silently berated my flushed cheeks. It wasn’t the cool night air that gave me that rosy complexion. My reflection also reminded me of the last time I was in here. My fingertips caressed my lips and when I closed my eyes, I could almost feel the pressure of Nick’s mouth on mine, rough yet gentle all at the same time. Hard to believe that was just two hours ago. After that heart-stopping kiss, my crazy grin was so wide I could’ve played back-up for the Joker in Batman.


Bringing myself out of that beautiful La-La Land where Nick’s lips and arms never pulled away, I was half tempted to grab the flashlight under the counter, but again decided I’d rather be stealth in the darkness than draw attention to myself. Even if it meant putting my heart through another marathon and baring flushed cheeks. I gulped down half a glass of water and made my way around the counter, the thought of seeing Nick giving me the courage to face my demons yet again.


I smiled. I could already tell this journey would be easier than the last.


Movement out the corner of my eye locked my feet in place, the weight of my body stuck on my left leg, my right heel caught mid-air. It was like one of those horrible horror films where slow-motion kicked in, just in time to torture you. A man strutted down the sidewalk, a long drag of smoke smoothly rolling past his lips, scattered by the wind that swept it quickly away.
Him.
Giveaway!! 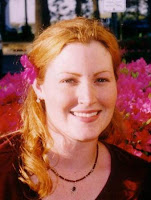 I’m a mom, wife, a lover and a fighter, coffee addict, wicked knitster, Microbiologist, baker of fine yummy treats, and someone who will fight you to death for that last twinkie bag of M&Ms during the zombie-apocalypse. Seriously, my addiction is that important to me. Oh yeah, and writing is cool too!
Author social media links:
Blog ; http://devonashleywrites.blogspot.com/
GoodReads; http://www.goodreads.com/author/show/4717601.Devon_Ashley
Facebook; https://www.facebook.com/pages/Devon-Ashley/101672456583899?ref=br_rs

He cooks, perfect!
Congrats on writing your own book!

Sounds like a great book to read. Congratulations on it's release!

Congrats! I look forward to reading this!

Congrats! I can't wait to read this!