Losing It by Cora Carmack

Seriously A-Freaking-Mazing!!! An addictive, page-turner! I seriously love the snarky writing of Carmack! Losing It had the perfect amount of angst and steam! I was swooned by the end of the first chapter. I am going to nickname my cat Lady Macbeth now! lol This book was an easy, fun, fast, and swoony read that I highly recommend! Oh, and I did a happy dance when I finished reading too!

Cover/ writing style
Okay, I got this book because I'd heard great things about it. I was teetering back and fourth for a while... the reason for indecision, the cover. I don't like it. Granted, it is suitable for the subject material. After reading the book, now I really don't like it. I don't think the cover models are an accurate representation for my imagination. The writing style was awesome. It was sarcastic and snarky, very contemporary. It was written in the first person from Bliss' POV. I loved that the epilogue was from Garrick's POV. 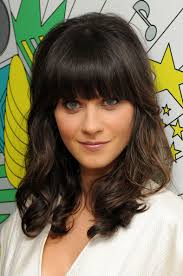 Main character.. love her!
Bliss is awkward/quirky and often says random things, which I can totally relate to! I think it's kind of sad that she hasn't connected with anyone before she met Garrick, and no don't mean losing "it." And I was wondering why she was afraid to lose control? But I love how passionate she is about her friends. All in all, she reminds me of a not so awkward Zooey.


Swoonworthy scale: 8.5
Losing It is a New Adult book that was about Bliss losing her virginity, surprisingly it wasn't about sex though. There were a few HOT kissing scenes though. But more than that, the friction between the two was enough to give you butterflies. Here's some of my fav swoony quotes:

..it was like my uterus was tapping out a happy dance on the rest of my organs.

..I was terrified that I'd melt into a puddle of arousal and awkwardness if I met his gorgeous eyes again.

Either he didn't catch the sarcasm or he just didn't care because his eyes fixed on me in a way that I could only describe as downright predatory. Suddenly much more than my leg was burning up.

Summary
Bliss is a college senior and still a virgin. She decided that enough was enough, and she set out to find a one night stand and get rid of her V-card. What she didn't expect was to meet a man, an intelligent handsome British man. Worse yet, that man Garrick, the one she was so close to losing it with, was her teacher. The two decided to do what was right and forget about that night. But there was a pull.. attraction.. that was undeniable. Would they be willing to risk it all to be with each other? Could she let her guard down and lose everything?

I have heard great things about this book and I don't like the cover either. Great Review! I have to read this book now. :)

The cover is what usually draws me in, but this one is not so great. Luckily I heard so many good things about it I read it anyways! great review!