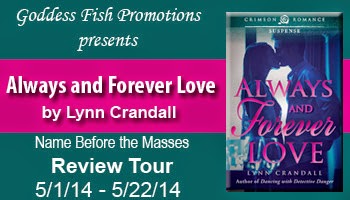 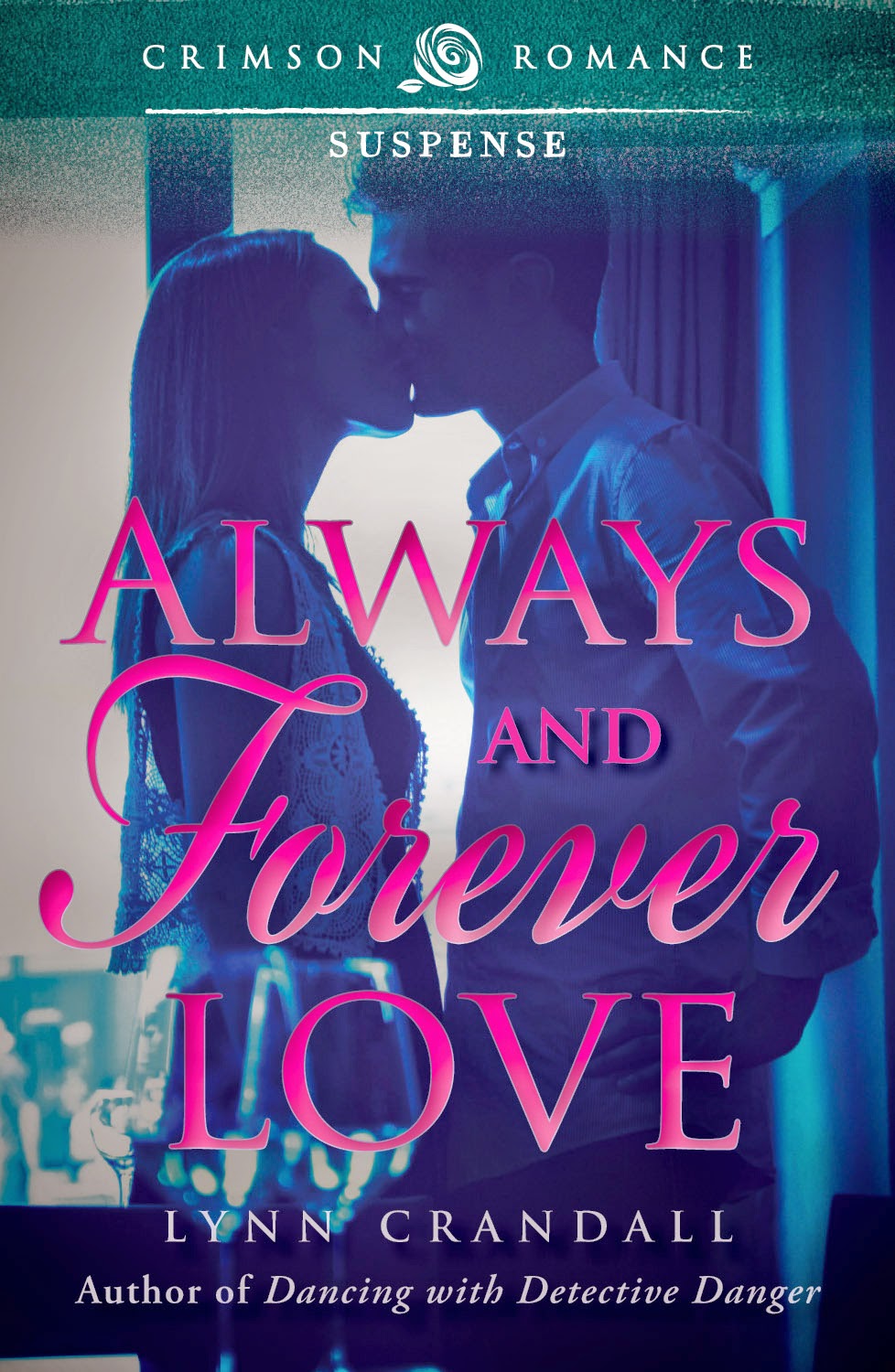 The presence of a ghost in her life doesn't alarm Lacy Aegar, in fact it makes her happy. Two and a half years ago when her dead husband Nicholas reappeared in her life as a full-bodied spirit, she questioned her sanity. But with Nicholas' explanation that there are things about life that are not as she's always believed, she settled into a pleasant routine of working with her sister at their private investigation business and enjoying home life with her now 10-year-old son – with Nicholas never very far away.

Lacey's complacency and sense of stability is sent topsy-turvy when she runs into Jackson Carter, the son of powerful and influential business tycoon, William Carter. Typical of the Carter reputation, Jackson's slick new private investigating business is siphoning off clients from the Aegar sisters' business, creating financial difficulty. It's a recurring nightmare for Lacey, who has already seen damage done by the Carter family, and when she encounters Jackson, she wants nothing to do with him.

But things are not what they seem when it comes to Jackson Carter, either. Unbeknownst to Lacey and her sister, Jackson is fighting a battle to preserve his business, too, and his integrity. For him, it's a fight for his soul, and he enlists Lacey's help because of her unique investigative skills and open heart. When she uncovers a mole in his business, she also discovers that one of his clients' drug trials has been given the green light to go to the next phase based on falsified data. As they work together to save both their businesses, Jackson and Lacey not only face death, they must come to grips with their feelings about love and life.

She couldn’t imagine what he wanted. He seemed completely composed, except for the indications that he wasn’t. She decided to dive in. “So, Jackson, what’s on your mind? Is this a meeting? Are you still going to offer me a job?”

He fumbled with his napkin, his eyes still downcast and his voice soft. “To be honest, asking you to stay with me came out kind of spur-of-the-moment.” His gaze lifted, and he
continued, almost hesitantly. “I want you to know, Lacey, that though I don’t like your opinion of me, I understand. But unlike you, I have been thinking about you.”

Parts of her drew down to complete absorption with the moment between them. It was mesmerizing to listen to his words and feel his sincere need to convey the right message. She didn’t speak, feeling if she did, something inside him would break.

Which was silly. Jackson Carter was anything but fragile. Or so she believed. The idea that she believed she knew him from his father’s works made her shoulders tighten. His gaze flicked around the room, but landed back on her face.

“I’m not going to bore you with details about my past and my family. I think what I want you to know is that I am not my father. I have things to amend for, if only because of my blindness. But the truth is, I woke up about four years ago. I chose another path, and I did it simply because I didn’t belong on the path I was on. It didn’t fit. My father is a liar and a cruel person. There’s only so far I could go with him before I had to say enough is enough.”

Lacey felt like there was no one else in the room. His words carried weight and she knew the moment was sacred. He bared his soul, with no expectation of anything but the hope of understanding. She had to ask. “Why are you telling me this?”

He chuckled. “Good question. Nothing like laying it all out there when we hardly know each other.”

She let the moment hang, waiting for a sincere answer, not knowing if he had it in him.

There is a lot of regret in me. I feel the weight of my legacy. My values have not so much changed, as I’ve come to grips with reality. That’s a hard truth that not many people can appreciate.” He sipped his coffee and again shifted his gaze around the room, but she knew he didn’t see it. “You see things. You see things people miss. I just want you to know that I know much goes before me. It sounds clichéd, but I am different. Maybe you can see that and give me a second chance.”

It was easy to pick up that he carried deep feelings, some of them tender and painful. Lacey understood how devastating—as well as completely life changing—awareness of awful truths could be. Still, she knew firsthand of the shattering that could occur at the hands of the Carter family. She couldn’t forget that.

“Speechless, huh?” He tried to shrug off the intensity of his admission, dipping his head and suddenly busying with the saltshaker. “What do you say to something like that? I’m sorry I put you in that position.”

Again with the defenses? “Jackson. Stop. Can I say something now?” She ducked her head to catch his gaze. “I see that you’re sincere. Thank you for that. And you’re right. I know all about what your family has done to people in this town and out in the world. Your father is a very powerful and influential man. He could have done much good, but he didn’t. He’s put people out of work, destroyed their reputations, ruined lives of people I care about. How do I get beyond that? Why would I want to? Your family is dangerous.” She trembled with memories of the ills caused by William Carter. How could Jackson ask anything of her?

He squared her with his eyes again. “I need your help with finding out why my business is running into so many problems…"

I really enjoyed reading Always and Forever Love, and enjoyed getting to know Lacey and Jackson. I love how they both are good hearted. This book keeps you on the edge of your seat as Lacey is helps Jackson find out who is behind, not only falsifying records, but who is out to destroy his company. I love Lacey's undercover skills! This book is also about letting go, and I couldn't imagine myself in her shoes. I liked the paranormal aspect of this book, but wish it were a bit longer. I also wish there were a bit more time between the actual "leaving" of her husband and the new romance with Jackson. Overall, I'd say this was a good read, but was lacking a little something. I would recommend it to any paranormal fans.

Lynn Crandall lives in the Midwest and writes in the company of her two cats. She has been a reader and a writer all her life. Her background is in journalism, but whether writing a magazine or newspaper story or creating a romance, she loves the power stories hold to transport, inspire, and uplift. In her romances, she focuses on vulnerable, embraceable characters who don't back down. She hopes that readers discover, over and over, stories of ordinary people who face ordinary life challenges and are transformed by extraordinary love.

My favourite reading spot is my bed! It's the most relaxing thing ever! =)

i read in my bedroom; it is my sanctuary :)

The bus, my couch, my bed, finally everywhere :)
v_theberge@hotmail.com

Thank you for hosting me! I appreciate your thoughtful words.

Lucky you for having a relaxing bed! What could be better! Thank you for stopping by.

Awww...I love that. Having a sanctuary is the best. Thank you for visiting.

How fun! An everywhere reader. Thank you for visiting!

I read outside in the shade or in bed when the weather is bad.

Sounds inviting! Thank you for stopping by.

My favorite reading spot is in a big bucket chair by the window where there is lot of light. I huddle in the pillows and fluff :)

My favorite reading spot is curled up on my couch, under a blanket.

outside anywhere away from kids.