Alasdair Masters is in a rut. He just hit forty, has been nearly celibate for the past year, and his life has turned into a daily sequence of lonely patterns that revolve around avoiding human contact.

His tidy life is turned on its head when a hot young blonde at the gym that’s been pseudo-stalking him decides to rock his world. A very young blonde. Way, way too young for him. The problem is, he can’t seem to tell her no, and she just keeps coming back for more.

It doesn’t help that he’s ninety percent sure she’s a criminal, and still, he can’t seem to turn her down.  What is a dull introvert to do when a chaotic cyclone that oozes sexuality comes twisting into his life?

At first, he thinks she’ll give him a heart attack, but after his twenty-year marriage ended a year ago, he’s been a little lost, and when she comes crashing into his life, he realizes that he’s never felt more alive.

Is a walk on the wild side just what he needs to get his on track or a disaster in the making? Is it possible for someone that much younger to be just what he needs, or is she a fortune hunter, as everyone keeps telling him? Is it his hormones telling him that the mysterious younger woman is the one, or could it be more?

Iris was friendly and talkative enough, but I noticed that she was not the sort to talk about herself, and I found myself talking too much, which was not at all like me.
“I live alone in a very big house.  It’s a waste really.  I should look for something smaller.  I was married when I had it built.  I didn’t intend to be alone when I designed the thing.”
“So you’re divorced?”
“Yes.  About a year now.”
“And you were married just the one time?”
I exaggerated a wince, shooting her a sheepish smile.  “I must seem so old to you, huh?  But yeah, just the one time.  For twenty years.”
She whistled.  “Twenty years?  What happened?”
I just shook my head.  I couldn’t talk about it without sounding bitter, and I didn’t want to come across that way.  Not to her.
“And you’re not old, Alasdair.  You’re distinguished.”
That surprised a laugh out of me.  “Oh, that’s rich.  Yes, I’m apparently very distinguished, and you’re young enough to be my daughter.”
“Only if you had me when you were sixteen.  Do you have any kids?”
“No.  I always thought I would, but time just slipped away.  I’m too old now, I think.  I like kids, though.”
“You’re not too old.  That’s ridiculous.  Look at your hard-on.  That thing looks like it wants to make babies right now.”
I sent her a censuring look and tried to make it convincing.
She just gave me an irrepressible smile.
We got to the gates of my community.  I waved to the security guard, and he nodded back, letting me in.  I saw him shoot Iris one quick glance, his expression indecipherable, as we went by.
“Oh, I bet we just started some good rumors.  ‘Alasdair’s brought home a young, scantily clad girl again.’”
I shifted uncomfortably, but couldn’t stifle my urge to correct her.  “Not again.  I don’t do this sort of thing.  Not ever.”
“Not ever?  And what sort of thing are we calling this now, Dair?  I’m dying to know.”
“Bring women home.  Especially very young women.  I’ve never done this.”
She beamed at me for that one.  “I like you.  You make me feel good.”
I could say the same for her, but I didn’t.  I was being enough of a beast already, bringing her home.
She whistled long and low when I pulled into my U shaped driveway.
I parked directly at the front door, the car ready to take her on the return trip.  Still just humoring her.
I kicked my shoes off in the entryway, tossing my gym bag down.
She copied me, tossing her own bag on top of mine.
“You can use my shower,” I told her, my eyes all over her naked skin.
“You’re a doll.  I’ll do that.  God, you’re tall.”
She moved to stand right in front of me, her hand up as though to measure.
I was over the six-foot mark, and she was just the right height to tuck her little blonde head under my chin.
I shook off that ridiculous image.
At her insistence, I gave her the grand tour of my oversized house.  I hadn’t taken pride in it in a long time.  It had turned into a rather large tomb for the bad memories from the last years of my marriage.  But oddly, I found myself taking that pride again as I showed it to her.  I had designed it, top to bottom, and I really did love the house.
It was a modern monstrosity at eight thousand square feet, but I liked my space.  Probably because I liked to spend ninety percent of my time in it.
She took particular delight in my large library, running her hands along the spines of the books in the classics section.
“I could spend a year in here,” she told me.
That had my brows raising.  I’d gotten the impression she was more of a wild party girl than a reader.  “You like to read?”
Her nose wrinkled like she thought that was the oddest question.  “Um, yeah.  Who doesn’t like to read?”
Good point.  I mean, there were people that didn’t like to read.  Logically, I understood that, but it had always baffled me anyway.
I meant to pick her brain about that more, but she was off again, and I was following, my eyes glued to her perfect little ass as I showed her the rest of the house. 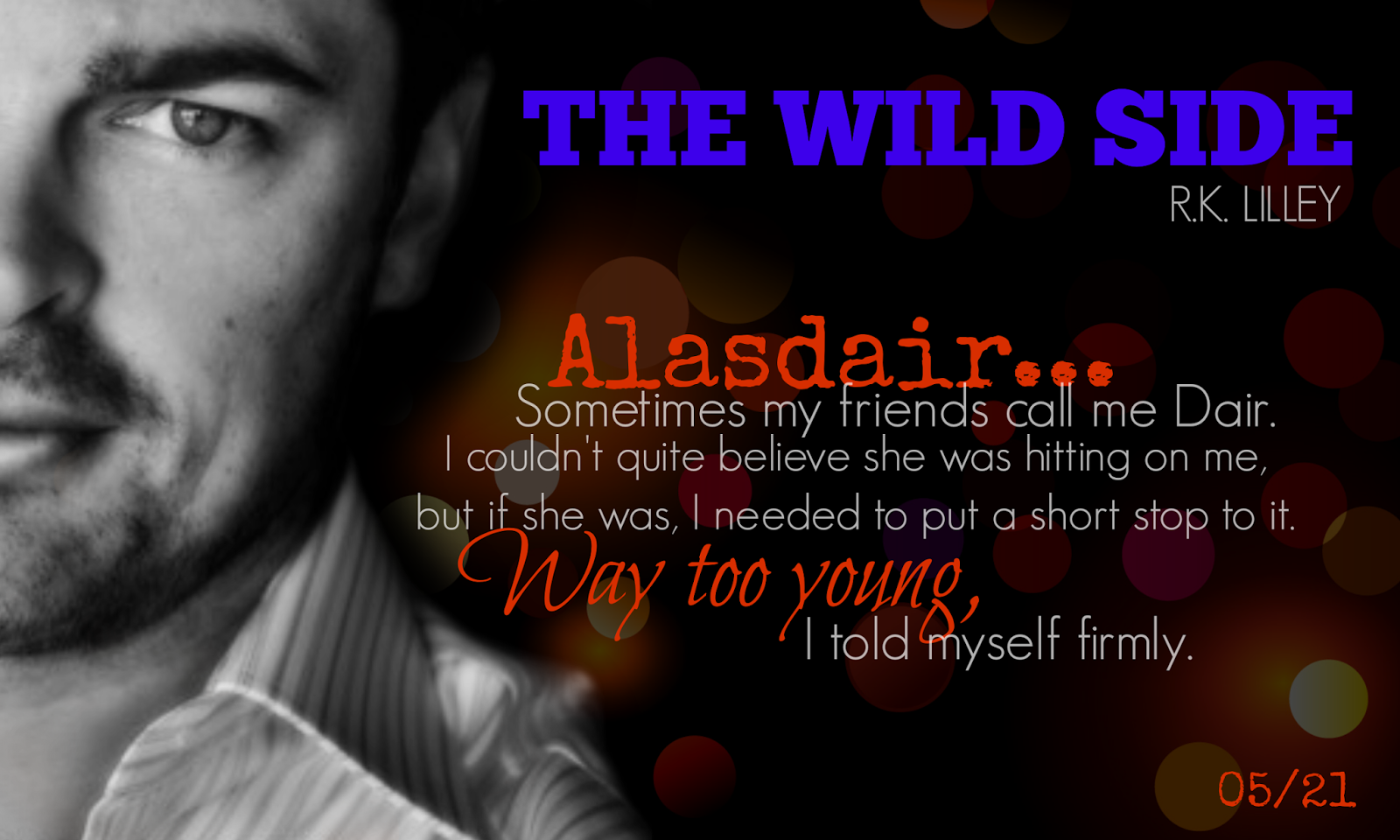 OTHER BOOKS OF R.K. LILLEY

IN FLIGHT (Up in the Air #1)
Buy from Amazon

MILE HIGH (Up in the Air #2)
Buy from Amazon

GROUNDED (Up in the Air #3)
Buy from Amazon