Part I: Scars and Stripes
It's lust at first sight when Mistress Nora encounters a sexy newcomer to The 8th Circle. She's happy for the distraction, since she left her lover, Søren, but her session with Lance is cut short when her boss, Kingsley Edge, reveals they're all in danger….

Part II: Sore Spots
With a potential stalker on the loose, Kingsley hires Lance as Nora's bodyguard, but stipulates no sex while he's on duty. Frustrated by the ex-SEAL's noble chivalry, Nora is driven to seek release with the one man she's trying to forget….

Part III: The Games Destiny Plays
Shocked to see Nora's bruises, Lance is furious that she put herself in danger and demands to know where she got them. As Nora confesses her true nature, she's equally shocked to learn that Lance has some secrets of his own, drawing them together despite Kingsley's orders….

Part IV: Fit to Be Tied
With her feelings for Lance warring with her recent encounter with Søren, Nora returns to Lance's bed and finds herself toying with the idea of…toying with him on a permanent basis. But after she gets a glimpse into his personal angst, Nora realizes she has the power to rescue this white knight….

Part V: The Last Good Night
Now that the perpetrator has been apprehended, Nora sadly acknowledges she doesn't need a bodyguard anymore. She adores Lance and wants to keep him but is faced with a dilemmaâ€"if she uses her connections to help Lance, she'll have to give him up forever… 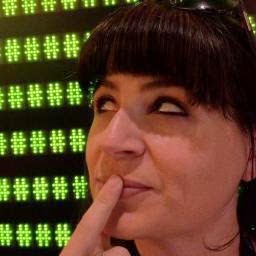 Tiffany Reisz lives with her boyfriend (a reformed book reviewer) and two cats (one good, one evil). She graduated with a B.A. in English from Centre College in Danville, Kentucky and is making both her parents and her professors proud by writing BDSM erotica under her real name. She has five piercings, one tattoo, and has been arrested twice.
When not under arrest, Tiffany enjoys Latin Dance, Latin Men, and Latin Verbs. She dropped out of a conservative southern seminary in order to pursue her dream of becoming a smut peddler. Johnny Depp’s aunt was her fourth grade teacher. Her first full-length novel THE SIREN was inspired by a desire to tie up actor Jason Isaacs (on paper). She hopes someday life will imitate art (in bed).
If she couldn’t write, she would die.