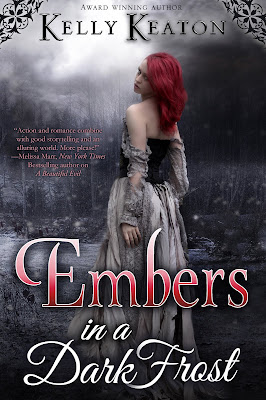 The Fire Breathers have come. The Underworld calls. A choice must be made…

With her feared half blood and flame-colored hair, DEIRA D'ANU is a constant reminder of human betrayal and the war that claimed the light from Innis Fail. Now, darkness and frost creep across the land, strengthening the Lord of the Underworld. War is imminent—an allegiance with the Fire Breathers is vital. When their champion, Balen, sees Deira, he believes she is the key to finding the light and stopping the dark frost.
But the Underworld calls to Deira, tempting her to turn her back on a world that never cared and betray the champion willing to sacrifice everything to keep her safe and save his world from darkness.

I love that cover! The colors and the way her hair is so vibrant against it all.

Thanks for the reveal! :)