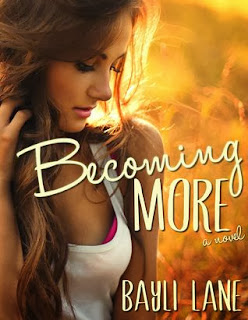 Hosted by: Love Between the Sheets

At first it was all freedom, fun, and games for Lilly Fairfield. Being a freshman in college was supposed to create some of the best memories of her life, especially with her best friend, Lauren, and longtime boyfriend, Sander, by her side.

But the excitement begins to slip away when the people closest to her start to change. They begin moving in a direction Lilly doesn’t want to go, forcing Lilly to be faced with a decision. Should she fight for her relationships with both Sander and Lauren or move on to something different? Something unknown. Someone like…

Colton Davenport. Colton isn’t Lilly’s typical type. He's shockingly sexy with his colorful tattoos, shiny silver lip ring, and ear gauges. His smile alone leaves her breathless. Then again, she hasn’t had a specific type other than Sander. When she meets Colton she feels an automatic attraction that stuns her into utter stillness. She can’t look away, doesn’t want to look away.

Lilly must decide between a life with Sander, a life she always thought she wanted, and an unknown path with Colton.

Will Lilly make the right choices for her future, Becoming More?

**This book is a New Adult Romance - intended for a mature audience.**

“Are you okay?” Lauren says.
I look at her and realize that I have a waterfall of tears spilling down my cheeks and into my lap, “No, Lauren, I’m not.”
She gets up, comes to my side and hugs me, “It’s okay Lilly! He’s probably still kind of drunk or something. Maybe he was still really worried from not knowing where you were last night. There are a whole lot of reasons as to why he’s acting like he is. Maybe he’s nervous for classes to start, and he feels like he has to do really well or something?”
I listen to her give me every excuse she can think of, and I welcome the relief I feel from her words. She’s probably right. He’s must be stressing about a lot of things right now and just doesn’t know how to deal with those feelings. Tomorrow I’ll call him and plan a time for us to meet up and have a civilized conversation. Surely by tomorrow he will have calmed down enough that he’s back to normal. I embrace Lauren’s excuses for him. Tomorrow we’ll talk. I’ll explain how I feel, and he will feel horrible for making me feel that way. We’ll kiss and make up. I give Lauren a placid smile and wipe the last of my tears away.
“Thanks Lauren, you’re right. It’s probably nothing serious.”
She gives an encouraging smile, “Of course I’m right! Now may I go back to my nap?” she asks.
I laugh and gesture to her bed, “By all means.”


She falls into her bed and turns onto her stomach. Moments later I hear her heavy breathing. Thank God I have Lauren to talk some sense into me. Of course Sander loves me.  He’s just going through something. We will get through it, no doubt about it.

Becoming More is Bayli Lane's debut novel and follows Lillian Fairfield as she leaves her small Indiana town to start her freshman year of college. Lily, her boyfriend of 4 years, Sander, and best friend, Lauren, embark together and they are all excited shake out of the small town and are granted long awaited freedom of going away to college. Once they arrive, things are not quite going the way Lilly had thought as both Lauren and Sander go their separate ways, leaving Lily to seek companionship with her new-found friend Clarissa, and her circle of rock band boys. She also meets Colton Davenport. Right from the start these two are drawn together. Lilly can't seem to get her mind off of Colton. He's one of the sexiest guy's she has ever come across with his messy hair, tattoos and silver lip ring. But mostly he is there when Sander and Lauren aren't. They soon become close friends and Colton is there to rescue Lilly in some of her most desperate moments. But Lilly's roots are deep with Sander and Lauren, and her fierce loyalty in them becomes her own undoing as the both betray her time and time again. And her relationships with them compromise her relationship with Colton, and he's not willing to stick around if she's always going to be stuck on her first love.

Overall, I would say this book wasn't my cup of tea. The story had great potential, I am a fan of coming of age college romances, but by the end there was really nothing about the story that set it apart from the many other books in this genre, and mostly I really did not like Lilly. She was annoyingly whiney, it was beyond angst and more towards irritating, childhood behavior. There was way too much inner dialogue for my taste, and she seemed to repeat herself over and over. I had a hard time sympathizing with Lilly's plight, her only reasoning of staying with her physically abusive boyfriend was that they had been together for four years (and if we do the math that means they started "dating" at 14 years old, it didn't seem substantial enough). We never really saw a sweet, loveable side of Sander, even when he was being nice he came across as douchy. I did like Colton a lot, what's not to like about a sexy rock singer, who most definitely knows what he's doing in the bedroom department. But I was not buying his insta-love for Lilly, and I so disliked her character that it made me question Colton's taste and judgement. She really didn't do anything for him making her remotely likable. Though there were some parts of the book that I didn't much care for, it was an entertaining read and I really liked Colton! I would say give it a try!

ARC provided in exchange for an honest review. 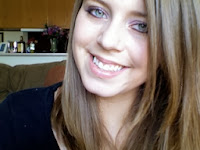 Bayli Lane didn’t realize how much she loved creating a world from nothing until college. She went to Marian University where she majored in Communications but in her spare time wrote and read. Her love for reading is what really brought out her desire to create her own novel. After starting loads of stories and not finishing them, she finally decided it was time to put her passion to work. Becoming More is her first novel but certainly not her last. Bayli lives with her husband, Tim, in Indiana where she is probably sitting with a large cup of coffee and her computer working on her next book. 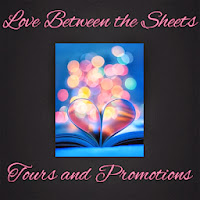