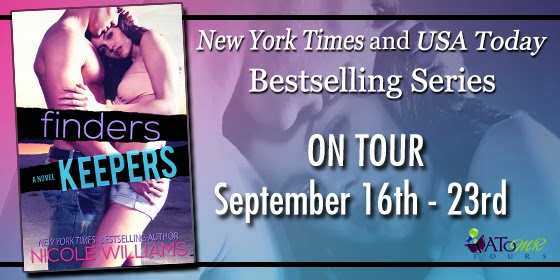 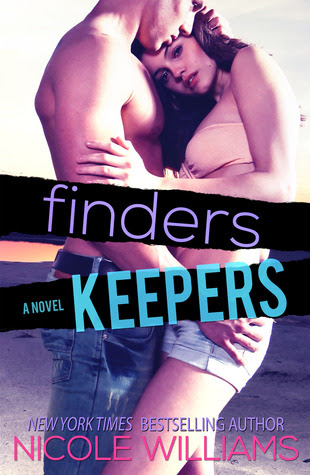 His life has been a constant carousel of tragedy and disappointment, including his love life. Of course, applying the term “love” to Garth’s conquests is a gross misuse of the word. Some people were made to give and accept love, and others weren’t. Garth Black redefines the “others” category. He’s made a vow that the day he meets a woman who could sucker him into falling in love will be the day he runs away.

This series gets better every book. The first book was just okay, the second was good, but Finders Keepers is great! I like Jesse and Rowen's story is touching, but for me, I couldn't wait for Garth's story. You just know there's more to his story than the dark, handsome, and brooding attitude. His character has always appealed to me, and even more now!
I love that this story is told from his POV! While there are some parts where you know a female is writing a male's POV, for the most part it stays true to him. You can really feel his struggle to get out from under the Black name, and discover what he wants for his future. The one thing he knows he does want is Josie! Little by little, they work on the past and start to move forward. But sometimes you have to sacrifice your happiness for the ones you love, especially if you're the person causing the troubles. Can Josie and Garth work through their issues and find each other in the end?
Overall, I love that we get some resolution on Jesse and Rowen's story. We get a whole book of the Cocky Cowboy that we love, and a good dose of angst. I would have liked a bit more of the love connection between the two, especially with the history they share, but even with that missing it was a darn good read!

I'm the New York Times and USATODAY bestselling author of the CRASH series (HarperTeen, S&S UK), LOST & FOUND series, UP IN FLAMES (S&S UK), The EDEN TRILOGY, and a handful of others. I write stories about everyday kinds of people who find themselves in extraordinary kinds of situations. I tell love stories with happy endings because I believe in making the world a better place, and that's one tiny way I can make it so. I'm one of those people who still believe in true love and soul mates, and would rather keep my head in the clouds any day over having my feet firmly on the ground.


To see other stops on the tour for reviews, guest posts, and excerpts click here!

Ooo really enjoy tragic love and men running away from love :) Thank you!

Thanks for the giveaway :)))