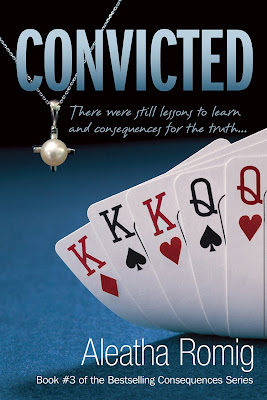 There were still lessons to learn and consequences for the truth!

When Claire Nichols met Anthony Rawlings, she didn’t know they had a past, or that he had plans for her future. Over time, the role of teacher changed—games became reality—and domination turned to desire. Despite an insurmountable history, Claire and Tony found their way back to one another.

Just when they seemed to have it all—love, respect, and the promise of a family—the game master exposed the truth. Claire’s world once again spun out of control. Unwilling to allow her child to suffer the consequences of an old vendetta, Claire fled... 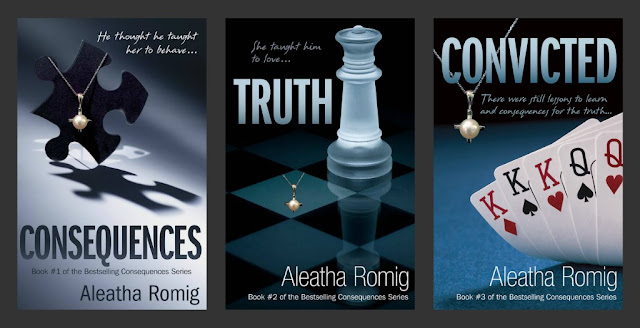 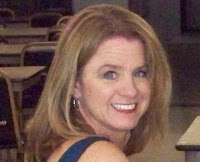 Aleatha Romig is a bestselling author, who has been voted #1 "New Author to Read" on Goodreads July 2012 - Present! She was also #9 most followed author on Goodreads - July / August 3013.

CONSEQUENCES, her first novel, was released August 2011 by Xlibris Publishing. October 2012 Ms. Romig rereleased CONSEQUENCES as an Indie author. TRUTH, the sequel, was released October 30, 2012 and CONVICTED, the final installment of the Consequences Series, is scheduled for release in October of 2013!