I had loved Rule Archer since the first moment I ever laid eyes on him. He was everything I shouldn't want and the only person I went out of my way to not try and please. He only saw me as a brat, and an entitled, stuck up princess but worse than that all he saw when he looked at me was his deceased twins girl. It broke my heart because as much as I had loved Remy Archer there was never anything romantic between us and no matter how hard I tried to convince myself that loving Rule was a terrible idea, my poor heart just wouldn't listen. We tolerated each other, barely and had forged an uneasy alliance until one night I had too much to drink and changed the way we were forever. Suddenly life long secrets were no longer hidden and the one thing I always wanted for myself seemed obtainable as long as I was willing to go through hell to hold onto it.

Shaw Landon was a class act and I had no idea what to do with her. She was tied to my family, tied to the person that was my other half so I tolerated her and her haughty attitude when I didn't have any other choice. What I didn't know was that a short skirt and too many cocktails on her birthday was going to change my outlook on her for the rest of my life. Some people thought I hid behind all my tattoos and piercings, that I tried to distance myself from my dead twin, Shaw saw through it all and wasn't scared of what was underneath. We weren't supposed to be together, weren't supposed to be anything up uncomfortable acquaintances but that all changed in the blink of an eye. Now I had to figure out just how a girl like her and a guy like me were supposed to be in love without destroying each other. Add in her custom made ex and two disapproving sets of parents and the whole situation sounded like it was more trouble then it was worth.

Recommended for mature readers due to sexual content, language and drinking.

Okay.. now that over I would like to tell you how much I love this book! For me, it was an addictive page-turner. It was heart-wrenching at times but other times heart warming. For me it was just as angsty as Beautiful Disaster. I loved the.. uh.. sexytime too!

Cover love/writing style
I like the cover, it is the reason why I bought the book. However, that isn't Rule.. close, but no. It is a duel POVS, for all of you grammar freaks out there, wait until this book is re-edited to buy. There are several errors and run-on sentences. But that didn't take away from the story AT ALL for me, Crownover's writing style is great! Once edited this book is going to be truly something special.

Main character
It's hard to say who the main character of this book is, but I'll make it Rule. I loved him. Rule is Rule.. he doesn't give a shit what anyone says about him. He was pierced.. everywhere and covered in tattoos. He changed his hair and color often.

Rule was a good looking guy, probably too good looking to be honest, but he was camouflaged under things it was easy to look past.

I think M. Shadows from A7X would be a perfect fit for Rule. 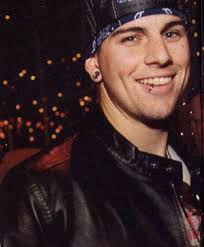 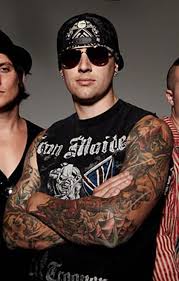 Rule is a complicated man (and manwhore), with a complicated life. Being a twin, he had to make himself an individual. Not to mention that his twin was the better half.. the most loved until the day he passed away. His solution to block the pain was to bury it deep and not let anyone close. I can relate to his pain and really felt for his struggles. I wanted to stop and hug the shit out of him several times in this book.


Swoonworthy scale: 9.5
Jesus H. Christ was this book swoonworthy! I mean, I love a tattooed man, but add on the piercings and a dash of sexy arrogance and your knees are bound to get week. The thing with Rule that makes him irresistible to me is the fact that he tries! Once he had decided on Shaw, though he struggled, he was hers.

This is a very swoony point from Shaw's POV:
I met his pointed stare for a heartbeat before whispering, "because it's always been you even when I didn't want it to be, even when it broke my heart over and over again. It's just always been you."


Summary
Shaw has been in love with Rule since the first day she met him. Rule had never noticed because of the connection Shaw had with his twin brother Remy. She was almost a sister to him, even after his brother's death, Shaw put up with Rule's ass to keep his family together. When things break apart the two come together and discover they can heal each other. But they struggle to make things work when Shaw's ex-boyfriend keeps popping into the picture.

Goodness! I don't mean to sound like a predator but that boy on the cover is so gorgeous! And I can tell the story will make me feel young again. Why do we have to grow old? We could just grow up & stay young forever right?

Great review! I've been seeing this book everywhere and can't wait to read it!

Never heard of it before, but love the cover!! And it sounds good! I'll definitely have to read it :)

This book looks awesome. Great Review.
Have a great weekend.