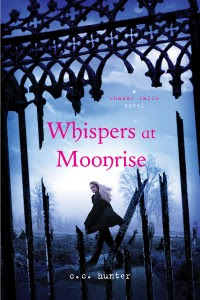 
1. Kicking your boyfriend’s father’s butt might not be good for the relationship.

3. Getting trapped in a grave with three dead girls is not a walk in the park.

4. Your parents breaking up sucks. Your mom having a boyfriend, and kissing him in front of you, sucks BIG TIME.

5. When your boyfriend says one thing, but does another, what do you believe? His actions or his words?

6. You can’t always protect the ones you love. Sometimes the only way to protect them is to tell them the truth—even if it hurts.

7. When you are in love, you usually want to talk a lot more about your boyfriend than your girlfriends care to hear.

8. You shouldn’t mess with magic if you don’t know what you’re doing. Especially when someone could end up sterile.

9. Sometimes it is the little choices we make, and not the big ones, that define who we are.

10. Be careful what you wish for or you might end up turning a bright shade of red in the boys’ bathroom.

Shadow Falls Camp is back in session with the most explosive installment yet.  A shocking new threat will rock Shadow Falls—changing it forever and altering Kylie’s journey in ways she never imagined.

Even at a camp for supernatural teens, Kylie Galen has never been normal. Not only can she see ghosts, but she doesn’t seem to belong to any one species—she exhibits traits from them all. As Kylie struggles to unlock the secrets of her identity, she begins to worry that Lucas will never be able to accept her for what she is, and what she isn’t…a werewolf.  With his pack standing in their way, Kylie finds herself turning more and more to Derek, the only person in her life who’s willing to accept the impossible.

As if life isn’t hard enough, she starts getting visits from the ghost of Holiday, her closest confidante.  Trouble is, Holiday isn’t dead…not yet anyway.  Now Kylie must race to save one of her own from an unseen danger before it’s too late—all while trying to stop her relationship with Lucas from slipping away forever.   In a world of constant confusion, there’s only one thing Kylie knows for sure.  Change is inevitable and all things must come to an end…maybe even her time at Shadow Falls.

I'm sooo excited, October 2nd is nearly here. Then I can feel all fuzzy again reading this book. It feels like I've been waiting eons for this book to be released.
New follower
Kristen @ Between The Lines -WithK

I was very depressed at the end of this book.. not really fuzzy. But it was GREAT! Thanks for Following :D

Why aren't these things taught in school?! ;->

Here's my It's Monday! What Are You Reading? I hope you will stop by!